The natural vegetation in the Garden is a savanna which is an intermediate between Mixed Lowveld Bushveld and Sour Lowveld Bushveld. The landscaped part of the Garden is characterised by magnificent lawns and indigenous plants. The Garden has one of the largest collections of South African trees with over a third of the Lowveld’s 800 indigenous woody plant species represented in the Garden. The indigenous LM or Durban grass (Dactyloctenium australe) has been used exclusively as a lawn grass in the Garden and grows more easily in the shade than most other grasses.

Plants in the developed part of the Garden have been grouped in various ways according to one of the following:

As the Garden straddles the Crocodile and Nels Rivers, natural riverine vegetation predominates alongside the rivers.

The abundant natural vegetation in the Garden has created a bird-watcher’s paradise with 261 bird species having been recorded in the Lowveld Garden. These include the African Finfoot, Crested Francolin and Emerald-spotted Wood Dove. Nocturnal birds include the Spotted Eagle-Owl and Square-tailed Nightjar. Some of the birds are residents to the Garden, while others visit the Garden occasionally or seasonally. You can download a printable copy of our bird list from the link provided below. 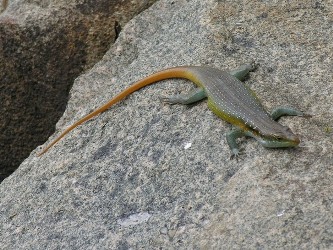 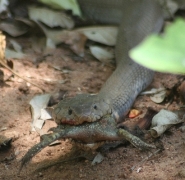 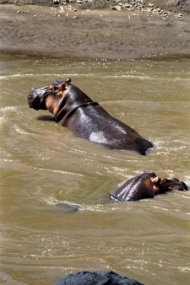 Mammals to be seen in the Garden include the vervet monkey, dwarf mongoose, tree squirrel, thick-tailed bushbaby and hippopotamus. The hippopotamus is a selective nocturnal grazer and is known to consume about 40kg of grass per night and is therefore rarely seen during the day. 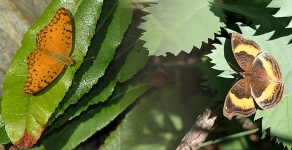 The sub-tropical weather experienced in the Garden contributes extensively to the presence of butterflies throughout the year. Some Acraea species have a very interesting relationship with the wild peach tree. Their larvae feed on the leaves of the tree which contains a poison similar to cyanide. This poison is transferred to the adult butterfly. When a predator tries to eat this butterfly they very soon discover that it’s more than they can chew!