Municipalities have an increasingly significant role to play in biodiversity conservation as part of their mandate to provide a safe and healthy environment for its residents. In South Africa, the majority of municipalities are characterised by high levels of poverty, unemployment and limited service delivery.  Often these municipalities overlap with Critical Biodiversity Areas.

Biodiversity and ecological infrastructure management at a local level offers a vital basis for economic development, people’s livelihoods and service delivery. Moreover, municipalities have a legal mandate around land-use and development planning and are therefore important users and managers of biodiversity at a local scale.

The Biodiversity and Land Use Project, implemented by the South African National Biodiversity Institute (SANBI) together with its partners and funded by the Global Environment Facility (GEF) through the United Nations Development Programme (UNDP), was established to support municipalities with the above mentioned issues. It was initiated in March 2015 and is in its second year of implementation.  The overarching objective of the project is “to minimize the multiple threats to biodiversity by increasing the capabilities of authorities and land owners to regulate land use and manage biodiversity in threatened ecosystems at the municipal scale”. 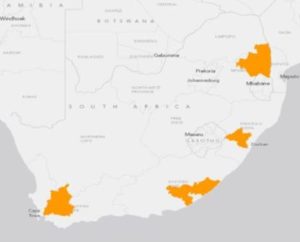 Figure 1: The four district municipalities of the Biodiversity and Land Use project