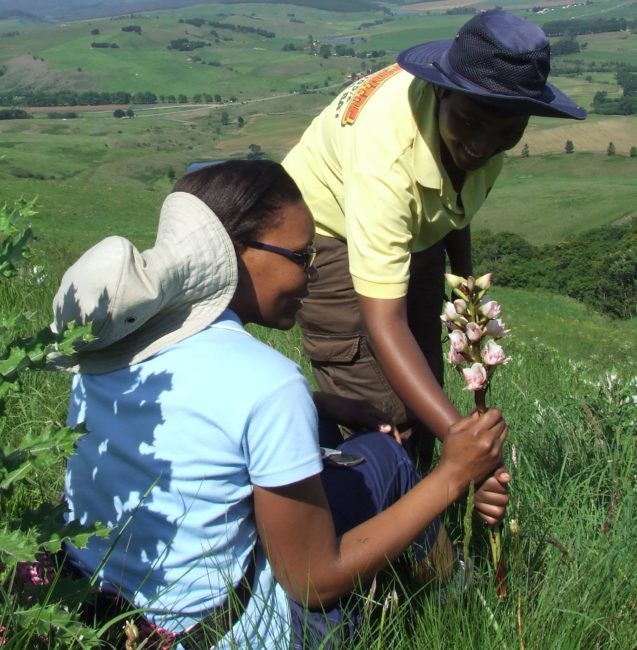 South Africans are encouraged to indulge in a healthy dose of national pride, as its botanical and plant community has demonstrated to the world, despite the odds, it has managed to deliver and report on progress towards achieving 10 out of the 16 broad and ambitious 16 targets as outlined in the Global Strategy for Plant Conservation (GSPC).

Botanical and plant conservation organisations, networks and institutions across the world have reason to celebrate, as the ‘Plant Conservation Report 2020: Review of progress towards the Global Strategy for Plant Conservation 2011-2020’ was recently released as a contribution to the fifth edition of the Global Biodiversity Outlook (GBO-5).

The special importance of plants are recognised and acknowledged globally, and a specific strategy for their conservation in the framework of the Convention on Biological Diversity (CBD) was established in 2004 through the Global Partnership for Plant Conservation (GPPC).

The report demonstrates that South Africa’s efforts to protect its rich biodiversity has been responsive, innovative and developmental by nature. Notable achievements from South Africa to share from the report are:

Target 1: an online flora of all know plants

At a national level SANBI’s Eflora project has contributed descriptions of all of South Africa’s plants to the global Online Flora.

Good progress with Red List conservation assessment is achieved, and South Africa has established a unique partnership with Brazil and Columbia to share experiences and accelerate progress in Red List assessments in mega-diverse countries using the IUCN Red List Categories and Criteria.

South Africa and China, two mega-diverse countries, have already assessed the conservation status of all their floras.

Target 6: at least 75% of production land in each sector managed sustainably, consistent with the conservation of plant diversity

Only three countries reported good progress towards this target. Due to biodiversity mainstreaming, South Africa has made good progress in engaging with the productive sector.

This target is challenging for countries with a great diversity of plant species, such as South Africa. Yet, SANBI’s Threatened Species Programme (TSP) has worked towards getting accurate distribution data for known locations of threatened species. Over 57 000 herbarium records have been encoded and georeferenced and a network of citizen science volunteers has been monitoring populations of threatened plants in the field as part of the Custodians of Rare and Endangered Wildflowers (CREW) programme.

The approach taken by South Africa provides an interesting case study of how a mega-diverse country can address this target and expect to achieve it by 2020.

Target 8: at least 75% of threatened plant species in ex situ collections, preferably in the country of origin, and at least 20 percent available for recovery and restoration programmes

South Africa’s network of national botanical gardens have played a key role in achieving this target. In the country, 514 of the country’s 2,842 threatened species have been collected and conserved; reintroduction projects are underway for 25 species and all 10 botanical gardens in South Africa are receiving support from SANBI’s Threatened Species Programme to expand reintroduction work into all nine biomes.

Target 9: 70% of the genetic diversity of crops including their wild relatives and other socio-economically valuable plant species conserved, while respecting, preserving and maintaining associated indigenous and local knowledge

South Africa has developed and documented In situ crop wild relatives conservation strategies for regional food security and to address the impacts of climate change.

Target 10: effective management plans in place to prevent new biological invasions and to manage important areas for plant diversity that are invaded

South Africa’s Working for Water (WfW) expanded public works programme tackles the proliferation of invasive alien species, as well as provides jobs and economic empowerment for semi-skilled and marginalised communities. WfW have over 300 projects across the country and is the largest single poverty relief and public works programme in South Africa.

In 2008 a programme of work on biological invasions was established at the South African National Biodiversity Institute (SANBI), funded by the then Department of Environmental Affairs’ Natural Resource Management section.

This programme focuses on early detection of new alien invaders, conducting risk assessments for post-border introductions and works on the eradication of alien species that have just started to expand their ranges.

A total of 209 new invader species have been monitored and 164 risk assessments developed. 52 targeted species have management plans that are being implemented to eradicate these species and the efficacy of the clearing is being monitored.

Target 11: no species of wild flora endangered by international trade

In South Africa, a sensitive species list that identifies species at risk of trade has been developed by SANBI and distribution data for these species is not made publicly available.  Furthermore, a strategy for the conservation of cycads has been developed and is being implemented by the Department of Environment, Forestry and Fisheries (DEFF).

While relatively good progress was made between 2010 and 2018 on illegal trade, there has been a new upsurge in illegal trade of succulent plants that started in March 2019. SANBI is currently working to identify the impact of this trade on the threat status of plants and is preparing CITES listing proposals for these species.

In South Africa for example, some 10% of the national flora have a use in traditional medicine and over harvesting has resulted in many local extinctions. In response, plant material is increasingly being imported from Mozambique and Zimbabwe. This unsustainable trade requires urgent attention from government and conservation stakeholders.

About 60% of total indigenous flower retail in South Africa originates from natural populations. The cut flower trade in the country has developed harvesting programmes, codes of best practice and a vulnerability index to guide retailers and harvesters.

Target 16: institutions, networks and partnerships for plant conservation established or strengthened at national, regional and international levels to achieve the targets of this strategy 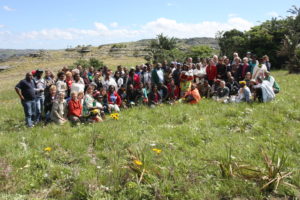 The SANBI is the focal point for the implementation of the GSPC nationally with support from the Botanical Society of South Africa (BotSoc).

Raimondo also notes ‘Based on the success of work completed to date SANBI has been invited to be part of the team to draft the new set of global plant conservation targets for 2021-2030.’

South Africa’s Strategy for Plant Conservation is available at here

More about the Plant Conservation Report 2020

The report highlights almost 20 years of targeted action towards the implementation of the five goals of the Global Plant Conservation Strategy 2011- 2020. An update of global progress, national implementation and issues to consider are reflected on for each of the GSPC 16 outcome-oriented targets, as well as their contribution and areas of concern are highlighted in the Strategic Plan for Biodiversity and to the U.N. Sustainable Development Goals for 2030. The report is available online here