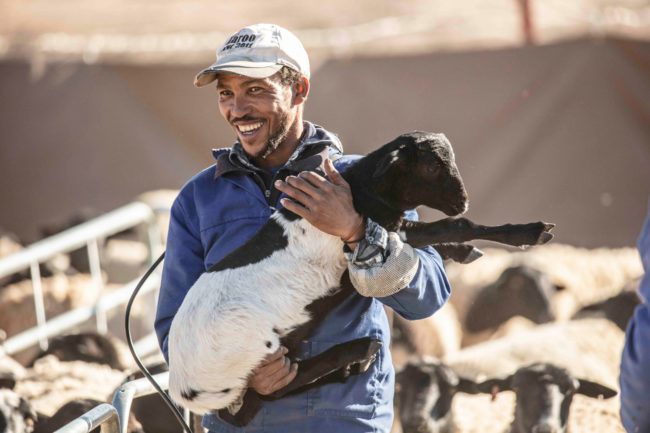 Approximately 70% of South Africa’s land surface comprises of agricultural landscapes. Traditional livestock and game farming in South Africa have resulted in large-scale devastation on indigenous biodiversity in these production landscapes. These include poor grazing management that leads to loss of top soil, human-carnivore conflict, the loss of top predators, the continuous persecution of meso-predators, their prey and the competing wild herbivores.

The Landmark Foundation have designed a conservation intervention that seeks to improve the ecosystem patterns and processes affected by this form of agriculture through an ecologically friendly and ethical brand of rangeland meat and fibre. The Shepherding Back Biodiversity Project (piloted in 2018 in the Beaufort West area) facilitates mainstreaming biodiversity conservation on agriculturally productive landscapes through a return to human shepherding. 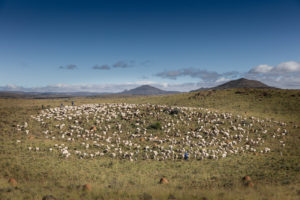 While simultaneously increasing economic, socio-economic and ecosystem resilience, shepherds move livestock herds according to a planned grazing regime, allowing vegetation to be impacted and then rested. Thus, mimicking ancient migrations of millions of indigenous herbivores that used to pass through South Africa.

These impacts encourage the regeneration of vegetation as animals’ teeth cut down vegetation and hooves loosen capped soil and trample dung back into the soil. Ultimately, the areas become nutrient hotspots and create biodiversity hotspots.

The Landmark Foundation’s research on the effects of short-term trampling on the veld show remarkable community changes with grasses becoming dominant in shrublands. These areas are visited by indigenous wild species significantly more than ungrazed sites. Herder training is a big part of the project, as leading shepherds are capacitated to develop ecological literacy, understanding the veld and become herd health experts.

Other wild species no longer compete with the livestock. The carnivores are no threat to the herd due to herder presence and biodiversity re-establishes where livestock have grazed due to the regenerated veld. The result is an ethical meat product named FAIR GAME™ that consumers can support, with a guarantee that it contributes to the conservation of biodiversity and natural heritage for future generations.

This Shepherding Back Biodiversity project allows the interface of biodiversity conservation, livestock production and socio-economics to work together. These initiatives offer a solution in the world that’s facing massive ecological destruction – especially in areas like the dry Karoo. 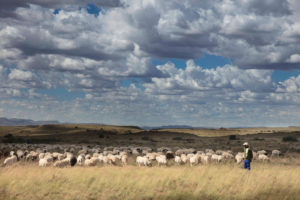