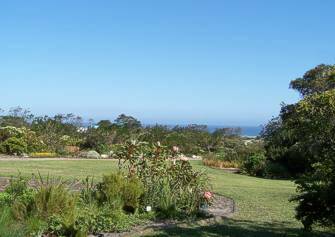 In this area a number of species from each family have been loosely grouped together. Because these plants prefer to grow amongst other species, mixed plantings, which are ecologically suited, have been undertaken. Some plants from the daisy family, which has a huge number of species in the fynbos, have been added, together with a selection of geophytes (plants with underground storage organs such as bulbs, tubers and corms). The geophytes, however, are very prone to depredations by baboons, porcupines and moles, making it difficult to grow as many of these as one would wish.

This is a good section of the Garden to visit when the proteas and ericas are flowering. Look out for the Cape sugarbird and the orange-breasted sunbird.