One of the most outstanding features of the KwaZulu-Natal National Botanical Garden is the magnificent avenue of plane trees. The 200 m-long avenue of London planes is made up of 46 specimens of Platanus x acerifolia, each over 40 m tall. It has a cathedral-like atmosphere with its vast vaulted ‘ceiling’, and has been the setting for many events – pipe bands, weddings, tea parties and art exhibitions – over the years.

The avenue was planted over 100 years ago on 8 November 1908 by Mr. William Edward Marriott, who was then Curator.

The deciduous London plane or hybrid plane (Platanus x acerifolia) belongs to the genus Platanus (Platanaceae). It is usually thought to be a hybrid of the P. orientalis (Oriental plane) and P. occidentalis (the American plane or sycamore), and is remarkably resistant to air pollution.

A bell tower was erected at the southern end of the avenue in 1958 to commemorate the 50th anniversary of the planting of the avenue. Often thought to be a slave bell, the bell in the tower was originally part of the British Admiralty yacht HMS Enchantress. Interestingly, Sir Winston Churchill spent a total of eight months aboard the HMS Enchantress between 1911 and 1914 while he was in control of the British Admiralty. During the Second World War the HMS Enchantress picked up many survivors from British merchant and passenger ships that had been torpedoed and damaged or sunk by German submarines. In 1942 HMS Enchantress rammed and sunk the Italian submarine Corallo off Bougie, Algeria.

She was sold in 1946 for £22 500 (R393 600) to the Three Star Shipping Company and converted by Thorneycrofts of Southampton to a luxury pleasure steamer as TSS Lady Enchantress. Unfortunately she suffered a catastrophic boiler failure on an early run, was laid up, and eventually scrapped at Duston on Tyne in 1952. Her bell eventually found its way to its present position in the Avenue.

The trees’ resistance to airborne pollution may be assisted by the fact that the bark renews itself by peeling off in plates, thus preventing the pores from clogging up. 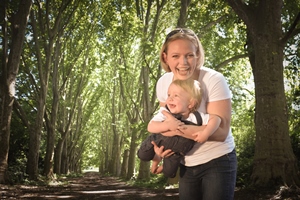 Many of the large planes that grace London’s squares, streets and parks were planted over 200 years ago as the city expanded. A couple of 300-year-old trees have now reached a height of about 45 m in Great Britain.

Plane Tree Avenue is fitted with ‘up lights’ so its magnificence can be enjoyed at night. This lighting was part of new developments at the Garden made possible by Poverty Alleviation funding. In July 2008, The Botanical Society (KZN Inland Branch) hosted ‘The longest tea party’ to mark the centenary, with over 400 people seated down the length of the Avenue enjoying tea and cake amidst a wonderful atmosphere. On 12 November 2008 Michael Edward Marriot, the Grandson of William Edward Marriot and Brian Tarr, the Curator of the Garden at the time, planted two rough-leaved white-stinkwoods (Celtis durandii) between the restaurant and information centre to commemorate the centenary of Plane Tree Avenue.

International tree climbers from the UK, New Zealand and Australia have climbed these giant plane trees. In 2013, the London plane trees were declared champion trees of South Africa amongst others in the KwaZulu-Natal National Botanical Garden.