The Dorpspruit River runs through the centre of the Garden, separating the cultivated part of the Garden from the natural forest and grassland area.

Unusual riverine species, such as the rare Leucadendron pondoense and the sandpaper fig, have been planted here.

Dragon flies that love fast flowing waters are not to be missed on the lower part of the river. Reed cormorants can also be found swimming in most parts of the river in the Garden. 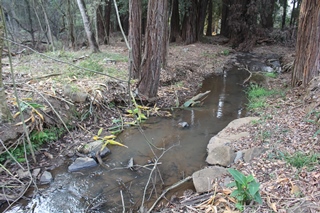 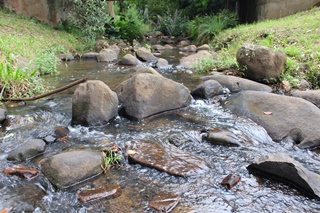 Impacts on the river

The Dorpspruit River comprises of vast alien vegetation and indigenous plants. There are few unimpacted areas consisting of natural vegetation along the river. Some of these alien plants are water thirsty and consume large quantities of water which makes the river shallower. The Dorpspruit runs through residential and industrial areas before it reaches the Garden and is sometimes polluted with debris flowing down from those areas.

What has been done? 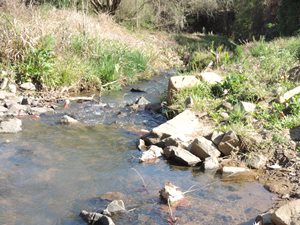 An ongoing invasive alien plants programme managed by one of SANBI’s units (Invasive Species Programme) is in place to remove alien vegetation around this area. The river occasionally floods its banks after particularly heavy rainfall and that carries a lot of sediment with invasive alien plants seeds.  An annual clean-up campaign that the garden hosts assists in clearing some of the pollution on the river. 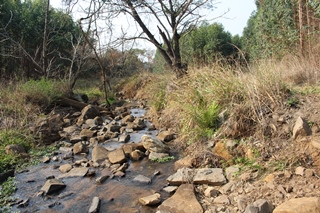 MiniSASS is a tool which can be used by anyone to monitor the health of a river. A sample of microinvertebrates is collected from water, and depending on which groups are identified, a measure of the general health of the river and its water quality can be determined. The Dorpspruit was declared to be in a fair condition. 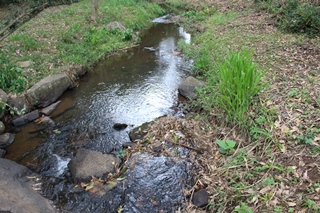 The Dorpspruit is one of the major tributaries of the uMsunduzi River which is a major trunk stream of the city of Pietermaritzburg in terms of economic importance.