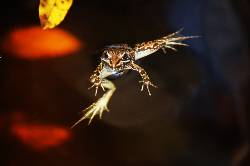 The garden, which is surrounded by urban development, offers a much needed green area and corridor for wildlife in the eastern suburbs of Pretoria. The ridge that runs through the garden, the natural grassland and lawned areas containing beds of indigenous plants, offer a habitat for many animal species. A concerted effort is made to record the biodiversity treasures within the garden’s boundaries. Various biodiversity surveys have already been or are being conducted, e.g. insect diversity that includes a butterfly, spider and frog survey. 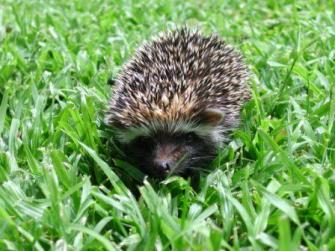 The garden is a favourite birding spot and over 220 bird species have been listed. Interesting birds that have been recorded include hawks, falcons, kestrels and even the Verreaux’s Eagle. These birds prey on the dassie population and can sometimes be seen flying above the ridge in search of their favourite prey.

Mammals such as the slender mongoose, scrub hare and common duiker often visit the natural grassland for food or for shelter and visitors often spot them in the late afternoon and evening. South African lesser bushbabies frequent the Acacia-dominated woodland. Other nocturnal animals such as greater cane rats love to feed on grass roots. Several bat species have been recorded including the Cape serotine bat, the yellow house bat and the rusty bat. 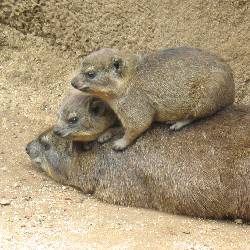 Various species of skinks, yellow-throated or plated lizards and rock monitors have found a place to live within the Garden. Visitors might even be lucky enough to see a spotted-necked otter around the wetland area. More than 50 butterfly species have been recorded and an interesting phenomenon takes place during the months of December to February when the mass migration of the brown-veined white butterfly takes place. Thousands of butterflies can be seen passing over the garden in a north-easterly direction towards Mozambique.