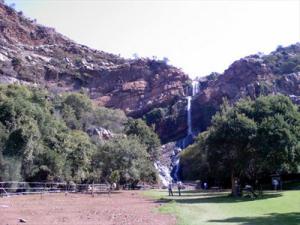 Founding of the Garden

The area around the Witpoortjie Falls, which form the centrepiece and backdrop to the Garden, has been used for recreational purposes since the late 1800s. The Witpoortjie Falls probably get their name from the fact that visitors, travelling from Johannesburg by train, used to disembark at Witpoortjie Station and walk down to the falls.

Major infrastructural developments took place in the early 1990s. These included the construction of the Entrance Building, the Nestlé Environmental Education Centre, Sasol Dam and Bird Hide as well as the paving of the main walkway.