The economic plants were limited to harvesting buchu. However, a motor truck and motor lawn mower were used for the first time in 1940. 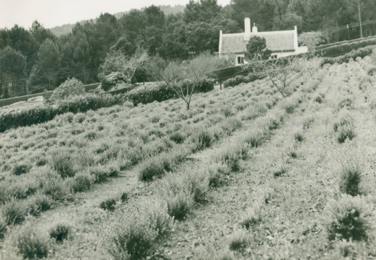 Staffing and financial woes continued after the war ended with the garden budget ending in a deficit for several years. The support of the Botanical Society was vital at this time.
Ericas, proteas and showy annuals were grown in great numbers at attract visitors and it was record that 5 000 people and 1 500 cars visited Kirstenbosch on 15 Sept 1943 leading to congestion and parking problems.

Storing sufficient water for the summer months was a perennial problem in the early years at Kirstenbosch and this decade saw the building of a reservoir to store water from Skeleton stream and the piping of water from Fernwood spring..

Highlights of the decade

The Karoo Garden at Whitehill had not been a success and it was relocated at Worcester in 1945/6. 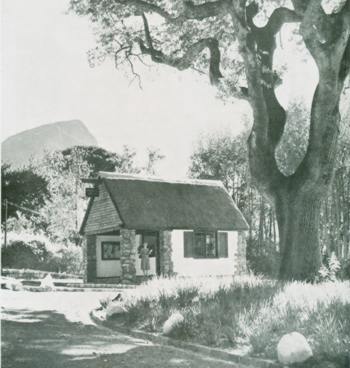 The Botanical Society offices were moved from Cape Town to a newly built office at Kirstenbosch in 1948 ( enlarged in 1958). This enabled increased support by Bot Soc, especially in providing information about the garden to visitors. Cottages for staff were also built in 1948. 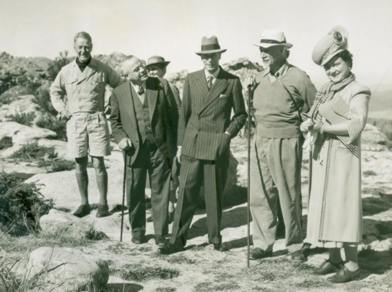 On 18 Feb 1947 the Royal Party accompanied by General Jan Smuts (Prime Minister) paid an informational visit to Kirstenbosch on the day they arrived in Cape Town. Although we don’t have an image of this in the archives, we do have an image of a later visit to Table Mountain with this wriiten on the back:  Prof Compton as President of the Mountain Club of South africa and Field Marshall Smuts, escort King Georg VI and Queen Elizabeth on the summit of Table Mountain, April 1947. Left to right, Prof Compton, J.H. Hofmeyer, the King, Field Marshall Smuts, the Queen.