A consortium of over 20 institutions is undertaking the Karoo BioGaps Project, a three year project to fill biodiversity information gaps to support development decision making in the Karoo. The extensive field surveys on the project, undertaken across the Karoo since 2016, have revealed at least 15 new species, discovered range extensions for some species that were previously thought to have narrow distribution, provided more accurate estimates of population sizes for some species that were previously considered to be rare taxa, and provided information for taxonomic updates.

Prior to the Karoo BioGaps Project, the Karoo was one of the most poorly explored regions of South Africa, possibly due to its harsh conditions and the perception that it was a relatively species-poor ecosystem. However, it is identified as an important area of development for South Africa, and therefore it is essential that we understand as much as possible of the region’s biodiversity in order to inform decision making on development plans.

When the Strategic Environmental Assessment was undertaken for proposed Shale Gas Development in the region, we realised that there was a scarcity of species data. The Karoo BioGaps Project aims to address this through both fieldwork surveys and digitising historical collections in museums and herbaria. The species information from both the current fieldwork and historical collections helps us learn which species are widespread, and which are very rare and in need of protection. This allows us to determine which habitats in the Karoo are sensitive to proposed future changes in land use and development.

Findings from the project to date include: 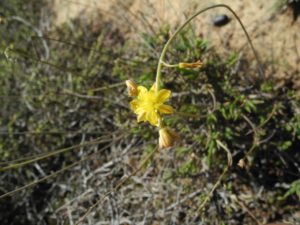 “Isn’t it amazing how scientists are still discovering new species in this modern age”, said Principal Investigator Domitilla Raimondo when speaking at the recent Steering Committee meeting of the Karoo BioGaps Project. She noted that specimens found in the past have sometimes been misidentified, and the current field surveys and genetic studies help us realise that they are in fact separate species. In addition, there may be some species found that have never been seen before. New species being described for the first time through this project include:

Scientific papers about each of these discoveries will be produced as part of the project, as details about these new species need to be carefully documented and published.

“Taxonomic updates mean that a particular species or genus group has been re-assessed in terms of its phylogeny (its genetic family-tree), and this work has revealed that the species had been incorrectly classified previously”, says Prof Krystal Tolley, molecular ecology expert and lead researcher for reptiles and amphibians on the Karoo BioGaps Project. Taxonomic updates directly resulting from the Karoo BioGaps Project fieldwork include: 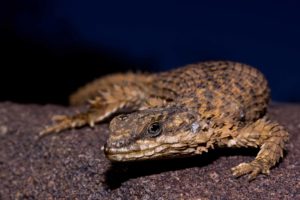 As surveying in the Karoo has been limited in the past, we might not know that a particular species occurs in a certain place until we do more fieldwork. The distribution range of the species can therefore be extended if you find a specimen of that species in a place outside its previously estimated range. Range extensions have been recorded for several reptile, scorpion, spider, butterfly and nematode species as part of the Karoo BioGaps Project.

You can help the Karoo BioGaps Project too!

The public can become involved in this exciting Karoo BioGaps Project by transcribing data from museum and herbaria collections using the online platform http://transcribe.sanbi.org/

There are thousands of historical museum and herbaria specimens collected before the time of computers. The information in these specimen records is critical to understand previous distribution patterns of species, but the information is inaccessible if it remains in hard copy only. Transcribing is a valuable process for converting information on labels of plant and animal specimens into a digital format. This foundational biodiversity information can then be used for conservation and research purposes, especially to identify which of our indigenous plants and animals are of conservation concern. SANBI’s Transcribe website allows volunteers to join this exciting South African conservation activity. Photographs of the specimen have been uploaded onto this website, but we need your help to type the data from the specimen label into the database. By doing this transcribing, you are helping to make species information and data collected as early as the 1830s available to scientists and the general public.