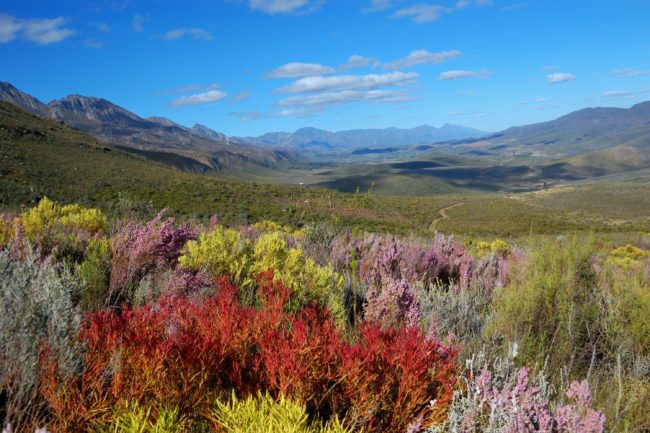 The funding is for an initial period of 30 months. The project has been located in DEADP’s Directorate: Environmental Law Enforcement. Currently it encompasses a highly skilled and experienced botanist, Phil McLean, a specialised law enforcement officer and for administrative assistance. The project is managed by Nithzaam Albertyn, a region manager whose specialised law enforcement officers will assist in the operations of the project.

The funding was provided by the Global Environmental Facility in collaboration with the United National Development Programme (UNDP). ‘Funding of this nature is essential in the current economic climate as South Africa has a vast wealth of biodiversity that provides numerous benefits essential for economic growth and social development, including employment for thousands of workers of all categories,’ said Ahmad Bassier, the director of Environmental Law Enforcement.

The Cape Winelands District Municipality, which has about 650 000 inhabitants, was chosen as it is situated within two globally recognised biodiversity hotspots, the Cape Floristic Region and the Succulent Karoo. The Cape Floristic Region is the smallest of the six acknowledged floral kingdoms of the world and is home to over 9 000 plant species.

Much of the Western Cape’s biodiversity is associated with fynbos species, a Mediterranean-type, fire-prone shrubland. Bassier states that ‘the economic value of fynbos biodiversity, based on harvests of fynbos products (e.g. wildflowers) and ecotourism, is estimated to be over R80 million a year. Thus, it is clear that the Cape Floristic Region has both economic and intrinsic biological value as a biodiversity hotspot.’

Anton Bredell, the minister of Local Government, Environmental Affairs and Development Planning in the Western Cape has welcomed the support and says indigenous vegetation is under serious threat in some areas of the province due to illegal clearing. ‘Environmental damage is lasting and often irreversible. Not only for our sake, but also for the sake of future generations it is important to protect and manage our natural heritage,’ said Bredell.

The Cape Winelands District Municipality encompasses a major wine producing area and is an agricultural centre for vegetables and deciduous fruits. Farming and related industries provide millions of rands in revenue and taxes, as well as jobs. Illegal clearing of indigenous vegetation, therefore, threatens the ecosystem functioning, the social fabric and the economy in this area.