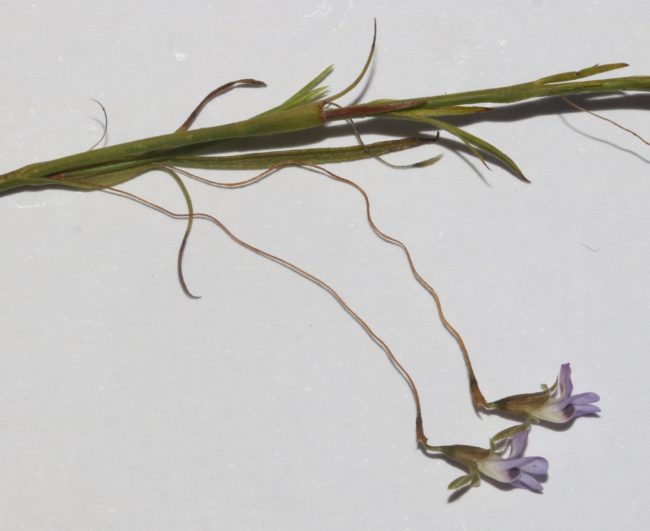 Brian Du Preez, a PhD candidate in Botany at the University of Cape Town (UCT), rediscovered a type of fountain bush, Psoralea cataracta, which was last seen in1804. The species was one of the first recorded that was thought to be lost to the agriculture and forestry industries in the 1800s and was only known from a single specimen collected from ‘Tulbagh waterfall’ in 1804. In 2008, after many unsuccessful searches, the species was declared extinct on the Red Data List of South African Plants. However, the 26-year-old accidently discovered the species with small purple flowers dangling on long, thread-like flowerstalks while looking for other plant species for his PhD on the slopes of the Winterhoek Mountains near Tulbagh.

Du Preez specialises in the family Fabaceae and is currently revising the genus Indigofera within the Greater Cape Floristic Region for his PhD study. By specialising in taxonomy and systematics, his passion for the conservation of plant species is evident. ‘We can only conserve what we have described. Only species that have been formally described can receive Red Data List status, which by law then protect it from development, depending on the status’, he mentions.

The finding of P. cataracta has made many experts hopeful and excited that there are more Cape plants waiting to be rediscovered. Professor Charles Stirton, a world-renowned Psoralea expert and Du Preez’s mentor, has confirmed that the find is indeed the long lost species. Prof. Stirton writes, ‘For me the definitive characteristics are the remarkable stipules, very long filiform pedicels, and the unique flower colour. This is a very important find as it shows how the Cape is still relatively unexplored in many mountainous areas.’ 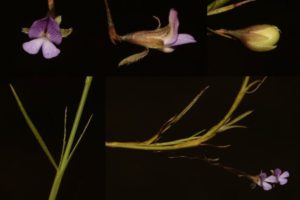 Ismail Ebrahim, project manager for the Cape Floristic Region CREW (Custodians of Rare and Endangered Wildflowers) node at the South African National Biodiversity Institute (SANBI) concurs that this is a discovery of a lifetime: ‘It is really uncommon to find a properly extinct species, something that hasn’t been seen for ages. And with the Cape Flora it is even harder because most species are restricted to a really small patch and it is easy to miss them if you don’t go off the beaten path. It also shows you the value of proper field botany, like they did in the good old days.’

Previous searches for this species have been at the Tulbagh Waterfall Nature Reserve which is an area dominated by sandstone-derived soils, yet this specimen has been found on shale-derived clay soils, a fairly strange character for this species within the Fabaceae family. The species appears to be a habitat specialist, growing on clay soils near water, rather than on sandstone. With this knowledge, more targeted searches can be conducted in the surrounding area, and it is likely that more populations will be found. Conditions for finding the species are currently good as the vegetation is only about three years old post fire, and the species will likely disappear under larger shrubs within the next few years and not be seen until after the next fire.

These discoveries are important as they allow the conservation status of these species to be updated correctly. The correct status of species and their populations (declining, stable, or increasing) ensure that they can be protected from development effectively. Since SANBI is dedicated to report on the status of biodiversity, discoveries like Du Preez’s are integral to meeting one of the Institute’s primary mandates. Well done, Brian!