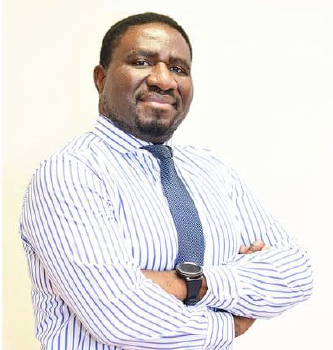 Mr Shonisani (Shoni) Munzhedzi has been appointed as a Chief Executive Officer and will assume duty in June 2021. Mr Munzhedzi served as the Deputy Director General: Biodiversity and Conservation in the National Department of Forestry, Fisheries & the Environment.

He also served in numerous environment and conservation portfolios in his more than 26 years of experience in public service in all spheres of government (national, provincial & local government). He served in the National Department of Environmental Affairs on areas of Climate Change Adaptation, Conservation and Biodiversity Management.

While working for the City of Johannesburg, he served in the Johannesburg City Parks as a General Manager for Environment, Conservation and Development, and then as Director of Natural Resources Management in the City, responsible for catchment management, open space management and biodiversity conservation.

Mr Munzhedzi served as a country lead negotiator on a number of Multilateral Environmental Agreements and represented the country in, among others, the Convention of Biodiversity(UNCBD), UN Convention to Combat Desertification (UNCCD) and the UN Framework Convention on Climate Change (UNFCCC). He was instrumental in the establishment of the Intergovernmental Science – Policy Platform on Biodiversity and Ecosystem Services(IPBES).

He represented the country on cooperative biodiversity and wildlife platforms of the Southern African Development Community (SADC).

Please join us in welcoming Mr Munzhedzi and wishing him a successful career at SANBI.