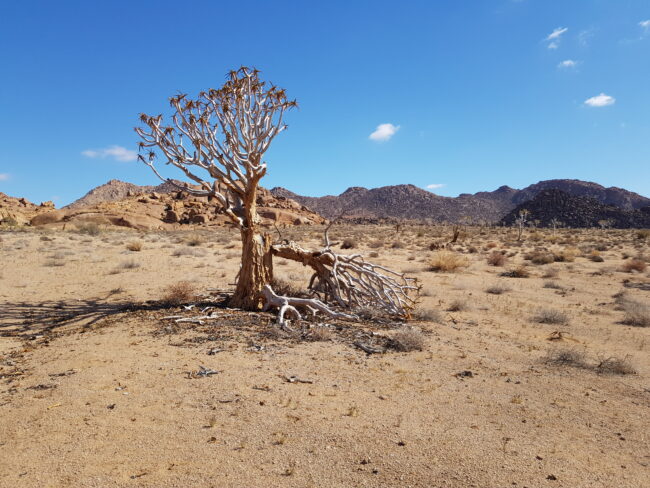 South Africa’s succulent plants are experiencing unprecedented rates of decline due to combined impacts of climate change and illegal collecting to supply a growing ornamental trade in succulent plants. Since the year 2019 there has been a rapid rise in the global demand for collectable plants exceedingly driven by emerging markets across Asia.

The Succulent Karoo biome shared between South Africa and Namibia is one of five semi-arid biodiversity hotspots in the world and is rich in botanical diversity. Many of its unique species are desired by specialist plant collectors. Thousands of these succulent plant species occupy tiny global ranges and unfortunately, many of these in-demand plant species are not yet available in cultivation at a commercial scale. Social media sites provide the ideal platforms to market succulent plants, fuelling a growth in illegal trade resulting in hundreds of species being susceptible to an increased risk of extinction. 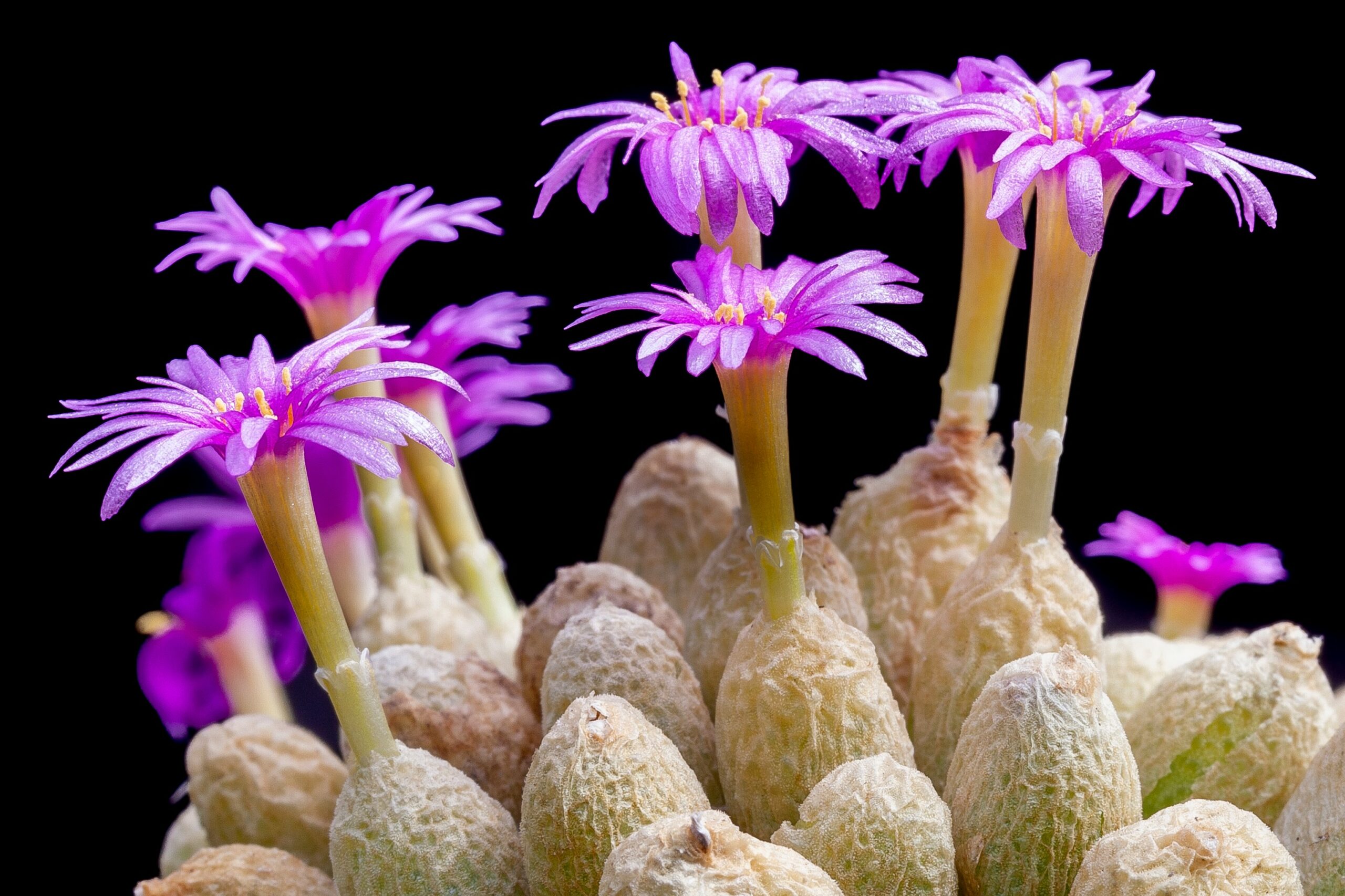 This week’s release of the IUCN Red List of Threatened Species includes 210 species of succulents listed for the first time due to the combined threats of illegal collection and climate change. The majority of these species belong to the genus Conophytum, a large and diverse group of dwarf succulents commonly known as ‘buttons’. A total of 97% of the genus is listed in one of the three threatened categories, whilst 45% are listed in the highest category as Critically Endangered, meaning they are on the brink of extinction.

It is very likely that some species have already been poached to extinction in the wild because the number of confiscated poached plants being housed at secure locations for court cases often exceed the previously estimated total wild population size.

Previously, these succulent species were not assessed on the IUCN Red List, however, they were included on South Africa’s National Red List. Since 2019, 143 (91%) of the 157 previously listed Conophytums have experienced an increase in threat status, with the vast majority as a result of illegal poaching.

Over the past three years plant material confiscated from plant traffickers by law enforcement agencies has increased annually by over 250%. Law enforcement and reporting of the poaching is proving valuable and a National Response Strategy and Action Plan has been drafted as a collaborative effort by government departments, conservation authorities, non-governmental organisations and local communities to ensure the survival of rich succulent flora whilst promoting sustainable socio-economic development in the country.

Climate change is also posing a threat to all of the succulents included for the first time in this week’s release of the IUCN Red List. The Succulent Karoo biome is reported to have experienced the worst drought on record over the past decade, with climate models predicting ongoing aridification and increases in maximum temperatures. 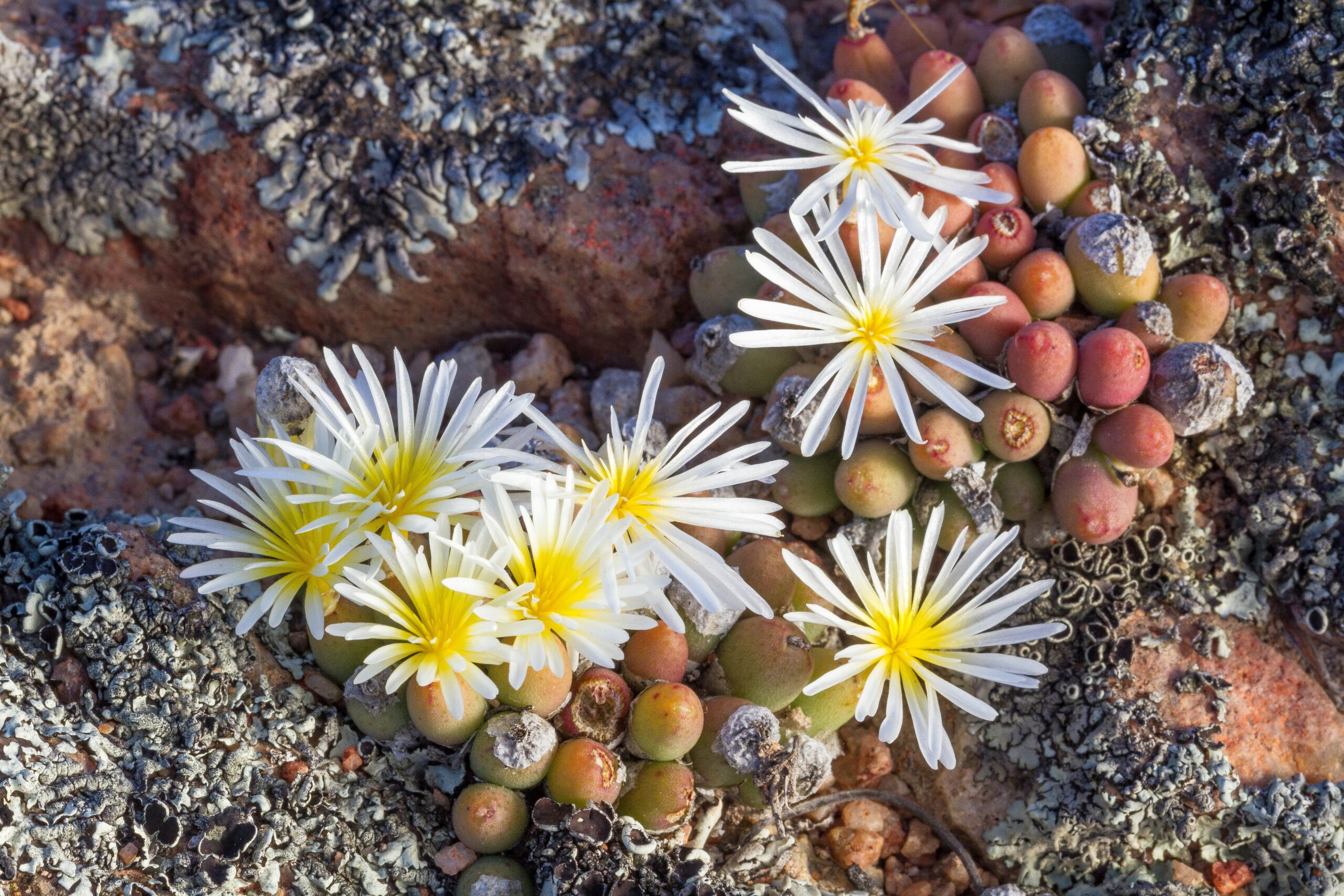 Three species of the iconic aloe quiver trees have been listed as threatened; with the magnificent Giant Tree Aloe Quiver Tree, Aloidendron pilansii, listed as Critically Endangered based on extensive observed die back over the past decade and future climate models predicting a 90% decline of the population by the year 2080.

The more well-known Quiver Tree Aloidendron dichotomum is listed as Vulnerable. The most severe drought related declines are taking place in the Richtersveld/Sperrgebiet parts of the Succulent Karoo biome – a region renowned to be the world’s most biodiverse desert region. With close to 1 000 plant species endemic to this area, hundreds more species are experiencing similar levels of decline linked to the extended drought.

A combination of illegal collection, long-term droughts related to climate change, and ongoing land degradation as a result of livestock overgrazing and mining are creating a devastating storm causing unprecedented loss of biodiversity in the world’s richest desert ecosystem.