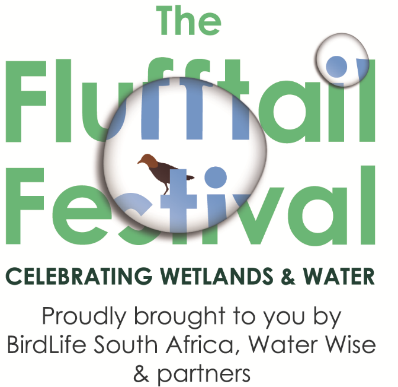 There are two legs to this year’s Flufftail Festival, the first being hosted in partnership with City of Johannesburg and Joburg City Parks and Zoo, which will take place at the Johannesburg Zoo on 7 and 8 February.

On 14 and 15 February 2020, the second leg of the Flufftail Festival will be hosted at the South African National Biodiversity Institute (SANBI) National Zoological Garden (NZG) in collaboration with the City of Tshwane and NZG.

The aim of the Flufftail Festival is to engage and educate the youth of Gauteng Province about the importance of safeguarding water, protecting wetlands and conserving waterbirds. South Africa is a water-scarce country and future predictions under climate change scenarios indicate that much of central and western South Africa will become more arid in time.

With water scarcity becoming an ever-present reality in drought-stricken South Africa, the Flufftail Festival is designed to raise awareness about our most important resource with the future generations who will one day manage it. The festival also highlights the concept of wetland conservation and exposes participants to the wealth of natural biodiversity, including the waterbirds that live within these unique ecosystems.

The Festival affirms the importance of highlighting the plight of our natural resources to urban communities who have limited access to the natural environment.

On Friday, 7 February 2020, 390 Grade 6 learners from four primary schools from Soweto will take part in the Joburg Zoo Flufftail Festival. The learners will be entertained by the small is BIG Waxi the Hero puppet show created by the Rare Finch Conservation Group and BirdLife South Africa (kindly sponsored by Toyota South Africa).

Using an Orange-breasted Waxbill, a sentinel species in most South African wetlands and aptly named “Waxi”, as its main protagonist, the audience is carried along in his search for the elusive ‘Fluffy’, a White-winged Flufftail that has gone missing. Learners will then be rotated through three other activity stations during the day, each designed to teach participants about the importance of wetlands (forming part of the Grade 6 curriculum), biodiversity in the wetlands, the threats to wetlands and the important services which wetlands provide to us such as clean water and water storage.

The following day, 8 February 2020, 400 youth (between the ages of 18-35) will be bused in by the City of Joburg municipality from the local communities around southern Gauteng to participate in the Flufftail Festival.

Lunches will be kindly sponsored by GDARD and entrance fees waived by the respective zoos. The Pretoria-based event will be open to the public on Saturday afternoon, 15 February, from 12:00 to 15:00 and families are encouraged to join a fun-filled day at the zoo, and to help celebrate the importance of water, wetlands and waterbirds.

The Flufftail Festival is named after the Critically Endangered White-winged Flufftail, an elusive waterbird dependent on wetland habitats. It is estimated that there are as few as 250 birds remaining in the wild. Previously thought to only breed in Ethiopia (northern hemisphere), ground-breaking research by BirdLife South Africa has confirmed a breeding record in South Africa in the Dullstroom area.

The species’ survival in the wild is uncertain due to the destruction and degradation of the White-winged Flufftail’s high-altitude wetland habitat. Wetlands are important for the continued survival of this Critically Endangered bird species, and are equally important to provide all citizens with access to clean water sources.