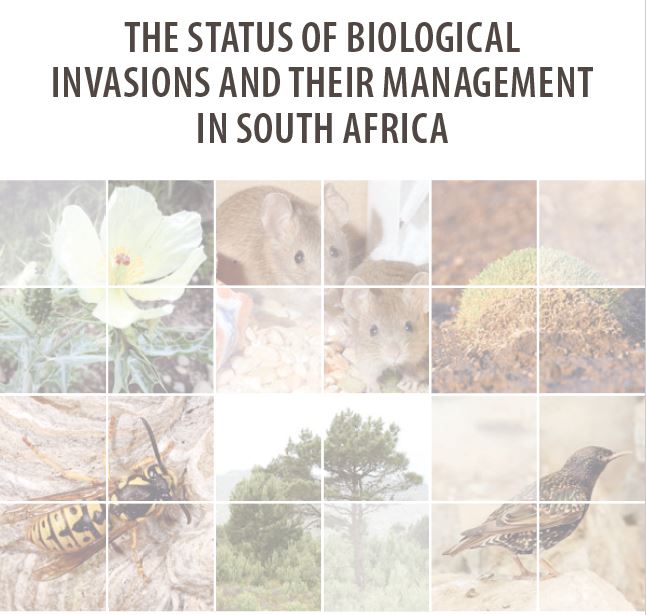 The Acting Minister of Environmental Affairs, Mr Derek Hanekom, has announced the release of the National Status Report on Biological Invasions in South Africa. He noted that “this report represents a milestone for the Republic of South Africa as it is the first comprehensive national-scale assessment of the status of biological invasions and their management anywhere in the world”.

The report will be followed by repeat assessments every three years.

The Status of Biological Invasions and their Management 2017, was compiled by a team of 37 editors and authors from 14 organisations, led by the South African National Biodiversity Institute (SANBI) in collaboration with the Department: Science and Technology (DST) – National Research Foundation (NRF) Centre of Excellence for Invasion Biology (CIB) at Stellenbosch University.

The report is one of SANBI’s outputs for assessing the state of biodiversity in South Africa, says the Chair of the SANBI Board, Mrs Beryl Ferguson. It fulfils the legal requirement of the National Environmental Management: Biodiversity Act (NEM:BA, Act 10 of 2004), which stipulates that SANBI has to submit a report on the status of biological invasions, and the effectiveness of control measures and regulations, to the Minister of Environmental Affairs every three years.

Biological invasions pose an enormous threat to South Africa’s ecosystems and the services they deliver, such as clean water and air, and biodiversity. South Africa is among the few countries that have legislation specifically aimed at managing this problem. Dr Moshibudi Rampedi, the Chief Executive Officer (CEO) of SANBI noted further that “The economic damage caused by biological invasions has been estimated at billions of Rands per year, and the problem is growing rapidly as more alien species are introduced”.

The status report provides a framework for reporting on the status of biological invasions at a national level using a set of indicators. These indicators will serve as a baseline for assessing trends and for setting realistic management targets. They also highlight several important gaps in our ability to provide evidence to support decision-making.

The purpose of this Status Report

Policy and Strategy: The assessment should be used to inform policy and strategies relating to the management of biological invasions nationwide. Although this is obviously relevant to the biodiversity sector, other sectors are also impacted by biological invasions and this assessment should inform policies and strategies in sectors such as water, agriculture, health and social development.

Planning: This first report provides an assessment of the available information on biological invasions and should be used to prioritise the often limited resources for managing biological invasions, especially actions aimed at preventing their introduction and spread, managing established populations, and mitigating their impacts on ecosystems and people. It should be recognised that this first assessment has focused on identifying indicators and datasets that can inform planning initiatives while recognising that many of these datasets are currently not available or need to be strengthened for future assessments.

Research: the report should be used to identify research priorities. The assessment guides this in two ways, first by identifying those areas where critical questions remain to be answered and, second, by showing where data gaps exist in the evidence base required to inform planning and actions for the management of biological invasions.

Education: The assessment should be a key reference and educational product that can be used to build capacity regarding the understanding and management of biological invasions in South Africa.

Among the key findings on the status of Biological Invasions in South Africa are:

Some of the main impacts of biological invasions include:

The report notes that control measures introduced by government have been effective in some areas. Responding effectively to biological invasions requires integrated interventions that focus on different aspects of the invasions process, from steps to prevent the introduction of high risk species, to the detection and eradication of early phase invasives, and management of those that have spread. Government efforts have focused on biosecurity, early detection of emerging invasions, and programmes such as Working for Water (WfW), which have the dual objectives of job creation and the control of biological invasions. These programmes provide significant socio-economic benefits, while also managing invasive species.  Government efforts need to be strengthened in order to focus resources where they are most needed to deal with the growing problem of biological invasions.

By combining biological and mechanical and chemical control, it has been possible to effectively reduce the populations of some of the most damaging invasive species, such as Hakea and Acacia species in the Western Cape, and for Lantana and Opuntia species in the Kruger National Park. The economic benefits of these interventions have been substantial, with estimated cost to benefit ratios indicating that, for every one rand invested into biological control, economic losses due to invasive alien plant invasions of between R8 and over R3000 have been avoided.

In savanna ecosystems, ongoing control has reduced the degree of invasion by a number of species in the Kruger National Park, and that of triffid weed in the Hluhluwe-iMfolozi Park in KZN.

While attempts to control invasive alien animals have been limited, feral cats have been eradicated from Marion Island, and potentially damaging house crows have been reduced to very low numbers in Cape Town and Durban.

The assessment concludes that it should be imperative to improve the management of biological invasions given the substantial economic and social consequences that would be associated with a failure to adequately address the problem.

See the key findings and main impacts of biological invasions. 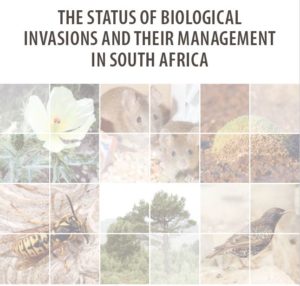 Watch Dr Rahlao talking about the release of the National Status Report on Biological Invasions.