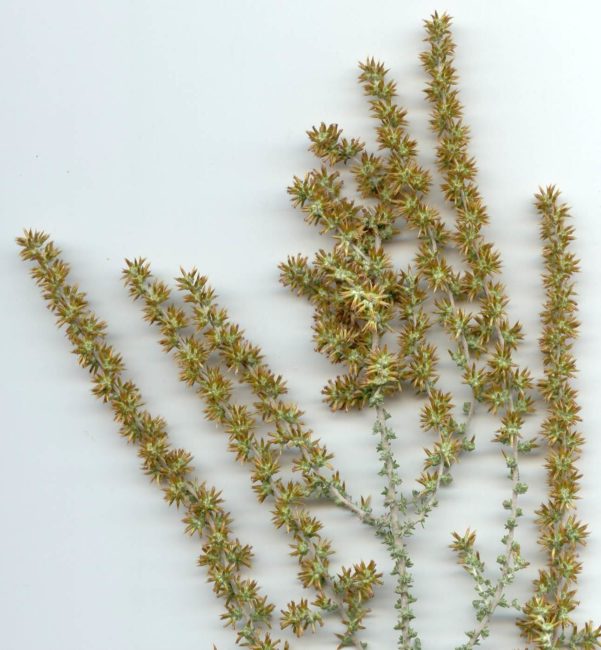 In the first quarter of 2019, the Minister of Agriculture, Senzeni Zokwana communicated the ministry’s intention to declare bankrupt bush (Seriphium plumosum) as an indicator of bush encroachment in all provinces of South Africa.  Notice was given under no. 42323/434 under the Conservation of Agriculture Resources Act, Act 43 of 1983 (CARA).

This so-called pioneer plant, which was previously only listed as an indicator of bush encroachment in North West and Free State, has slowly and somewhat unnoticed colonised significant proportions of semi-arid grasslands and some savanna areas to become a serious threat to the ecosystems and productivity of grasslands in South Africa.

Seriphium plumosum, also known as Stoebe vulgaris and more commonly known as bankrupt bush, Slangbos, Vaalbos or Khoi -kooigoed is indigenous to South Africa, competing and replacing natural grazing lands at an enormous rate and scale as it proliferates and densifies.   South Africa’s natural resources and biodiversity are thus under severe threat of degradation due to infestation of bankrupt bush.

Of South Africa’s 122 million hectares (ha) surface area, 71% is veld mostly being used for livestock and game ranching of which an estimated 10 million ha have been infested by bankrupt bush. With grasslands being an economical feed for livestock farmers, bankrupt bush directly endangers sustainable grassland production, animal production, food security and biodiversity.

According to survey conducted by the Department of Agriculture that is continuously updated, the distribution of bankrupt bush in South Africa has been reported to be found in 7 out of 9 Provinces of South Africa. Free State Province is the most severely infested, North West being second, followed by Limpopo, Gauteng, Mpumalanga, KwaZulu-Natal and Eastern Cape respectively.

In essence this declaration means that land owners will be obligated to control bankrupt bush so that it does have a negative impact on rangeland health.

The Biodiversity and Land Use (BLU) project supports the declaration of bankrupt bush as an indicator of bush encroachment in all provinces of South Africa, in order to protect the wealth of biodiversity that provides a number of benefits that are essential to economic growth and social development.

This achievement was made possible through the dedication and hard work of a lot of partners, especially the Department of Forestry Land Use and Soil Management team, Mpume Ntlokwana, Paul Avenant and the strategy development task team, to mention a few.