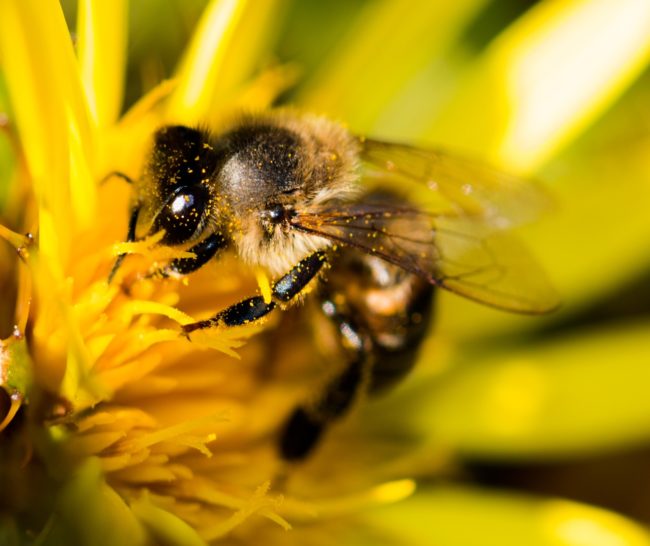 Biodiversity is the living fabric of our planet. It underpins human wellbeing in the present and in the future, and its rapid decline threatens nature and people alike. We are living in a period of fast-tracked biodiversity decline, with concerns over pollinator deterioration, phenological changes and the repercussions for food security.

In the past few decades, bee populations have declined steadily. Researchers have grappled with understanding what exactly is causing the decline and at the same time, we have been forced to face the reality of what the loss of the bees means for the global environment. 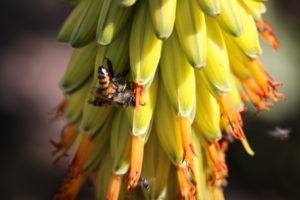 On the 20th May, we celebrated World Bee Day (WBD) to raise awareness of the importance of pollinators, with bees serving as the flagship group for all pollinators. The goal of WBD was to strengthen measures aimed at protecting bees and other pollinators, which could significantly contribute to solving problems related to global food supply and hunger alleviation in developing countries.

We depend on pollinators and it is, therefore, crucial to monitor their populations to detect declines and halt the loss of biodiversity. A study by M. Kuhlmann published in the South African Journal of Botany (2009) suggests that worldwide some 25,000 bee species exist. Bees are the most important pollinators of the 240,000 species of flowering plants and of more than half of the 3000 crop species. Bees are ecological keystone species and the economic value of their pollination service to agriculture is estimated at 70 billion dollars annually. 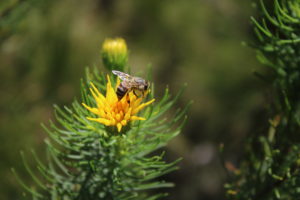 Pollination is, a fundamental process for the survival of our ecosystems. Nearly 90% of the world’s wild flowering plant species depend entirely or in part on animal pollination, along with more than 75% of the world’s food crops and 35% of global agricultural land. Not only do pollinators contribute directly to food security, but they are key to conserving biodiversity.

Bees are not only extremely important for humans, but also for entire ecosystems to function. As we know, bees allow plants to reproduce through pollination. If the food source for these animals was diminished or lost completely, it would cause the entire food chain to suffer. Additionally, about 80 percent of flowering plants depend on pollination. If this process stops, not only do we have the potential to lose beautiful plants, but also food for us, birds, , and other animals that depend on plants for food. 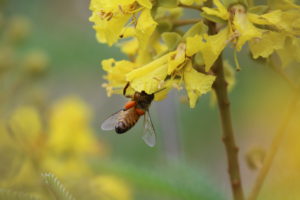 There are a variety of threats facing bee populations, including habitat loss and climate change, but the most pressing threat to bees is pesticides. Ironically, humans spray pesticides on crops to protect them from pests that could harm their produce, but these chemicals are also responsible for killing bees that ensure production of crops.

There are many ways you can help bees in your own community, such as: