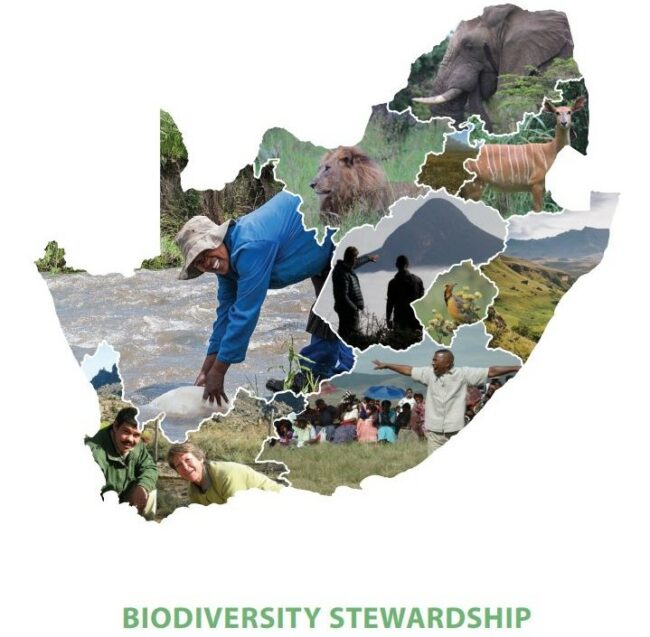 The past five and half years had been filled with so many successes under the Biodiversity stewardship component of the BLU project. Even though I joined the project on its third year of implementation I enjoyed seeing the stewardship work in South Africa grow and gain its momentum to be what and where it is today, said Mpho Ratshikhopa, Assistant Director Biodiversity Stewardship and Land Reform.

One cannot narrate the story of biodiversity stewardship and leave the end of project hectares target to have 62,464 ha of biodiversity priority areas secured. At the end of the project, this target was exceeded with more than 81,000 ha secured and in various stages of the stewardship process namely: declared, submitted for declaration and or under negotiation with landowners. Under this component, through the support of various stakeholders the project undertook a pilot Biodiversity Management Plan for threatened Ecosystems which resulted in the Parsons Vlei Biodiversity Management Plan (BMP-E), the very first BMP-E in the country. The BMP-E was well received by the conservation fraternity and was presented at DFFE’s Working Group 1 where SANBI received support for it to be published for public comment.

The project has made some strides with regards to finance for biodiversity stewardship. .  The project saw the introduction of a amendments to the Income Tax Act (ITA), which allowed for landowners who invest in biodiversity stewardship to receive a tax break. 2016 saw the first successful appropriation of section 37D in a landowner’s tax return; and at the end of the project, more than 15 landowners have successfully utilised the incentive.  Tax extension services was provided to qualifying protected areas countrywide; upscaling the mainstreaming of section 37D to communal and private landowners across South Africa.

For more information on the BDS successes please click on the link here.