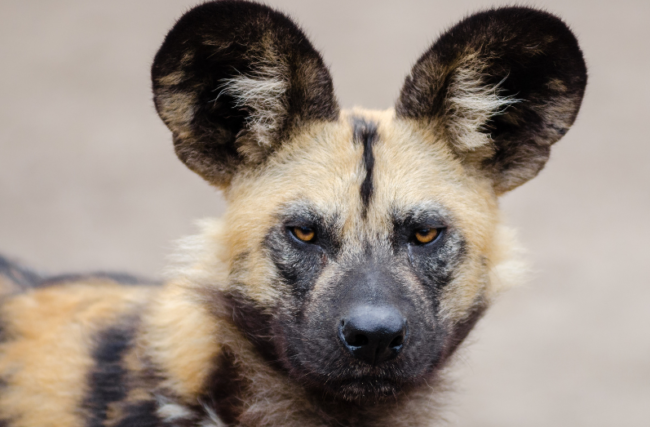 As a young boy Dr Edward Netherlands was always interested in working with animals and could be found collecting all kinds of reptiles and frogs in his spare time.

It was no surprise that when the time came, he would enrol for BSc in Zoology and Botany at the North-West University. However, it was in the postgraduate phase of his studies that his interest in research went into overdrive.

“I was given a project on frog blood parasites in Northern KwaZulu-Natal – I just could not get enough. I carried on with my master’s and doctorate working on the blood parasites of frogs,” he tells the FBIP.

Netherlands’ work on frog blood parasites provided the perfect scaffolding for work on the blood parasites of one of the most endangered mammals on planet earth – the African wild dog -approximately 6 600 remain in the wild. 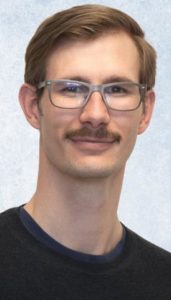 The African wild dog (AKA painted wolves) is an iconic predator in the wild landscapes of the African continent. They are social animals that gather in packs of up to 40 individuals and are highly efficient predators, even more so than apex predators like lions; targeted prey rarely escape.

Their role in the ecosystem is crucial, they control the size of prey populations and eliminate sick and weak animals, thereby helping maintain the natural balance and improving prey species.

According to African Wildlife Foundation, the main threat to African wild dogs is the loss of their living spaces through habitat fragmentation. A secondary, but no less important threat, is the extinction of small populations due to epidemic disease. This is where Netherlands brings his expertise to bear.

He explains that species of Hepatozoon are blood parasites that are known to infect a wide range of host species, including amphibians, reptiles, birds and mammals.

Although, most species are found infecting amphibians and reptiles, species that infect mammals such as cats and dogs, cause a clinical disease known as canine or feline hepatozoonosis.

Hepatozoonosis – a tick-borne disease – is transmitted when infected ticks are ingested by the host. Clinically, infections range from being asymptomatic with a low intensity, to a severe disease in cases with higher intensities. 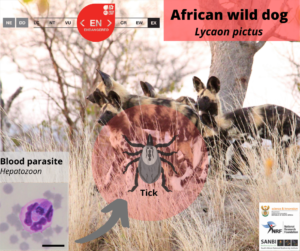 In domestic dogs, Hepatozoon canis mostly produces a subclinical to mild disease, whereas infections with Hepatozoon americanum (a closely related species) are frequently fatal to their hosts.

According to Netherlands this second species apparently only recently crossed the species barrier from wild hosts to domestic dogs.

“What this tells us is that if host switching of the parasites does occur between, for example African wild dogs and domestic dogs, we could see a more fatal disease pass through populations. This could be especially problematic for an endangered species, making it crucial to monitor these species and the parasites they host,” he says.

The Netherlands et al. study published in the International Journal for Parasitology: Parasites and Wildlife provides the largest dataset of Hepatozoon canis genotype infections in free-ranging African wild dogs, with between 70% and 90% of individuals from this population found infected during sampling events.

This high prevalence shows how effectively these parasites are transmitted between individuals. Netherlands says this knowledge is important, particularly for conservation areas such as the Kruger National Park which protects the largest African wild dog population in southern Africa.

Why is this study important?

This study provides a framework on the diversity of Hepatozoon blood parasites in the largest population of Africa wild dogs. It has also generated the largest dataset of molecular data for these parasites from these host species. 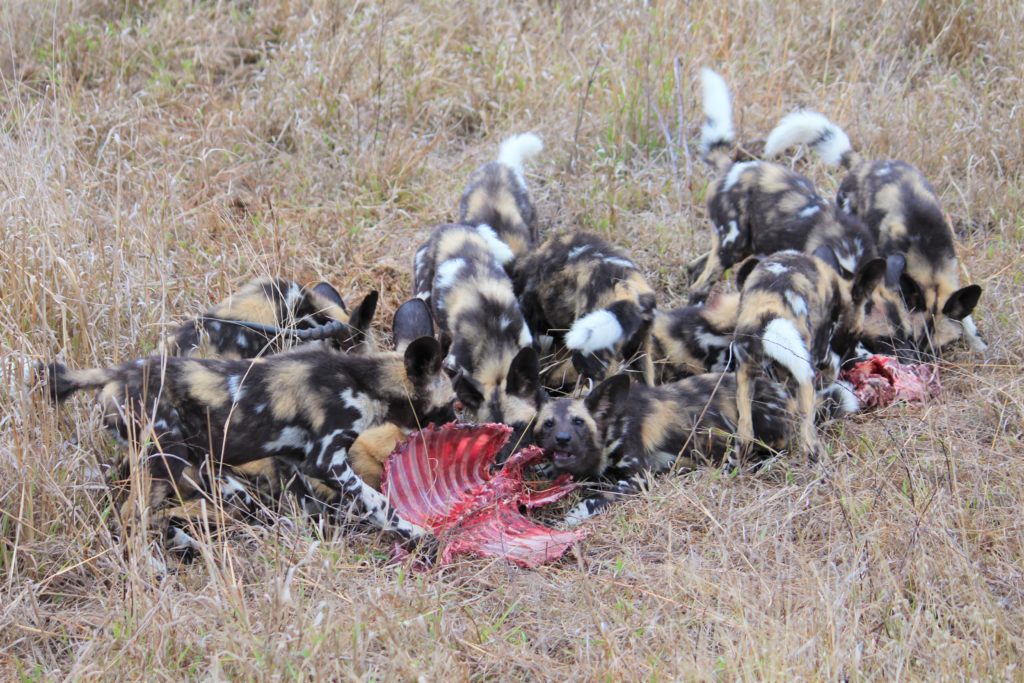 African wild dogs have become an ecotourism icon for various reasons which likely includes its rarity. The species wellbeing is thus of great importance to the South African bioeconomy – an overarching theme of the Foundational Biodiversity Information Programme (FBIP)

Netherlands says conserving and protecting our biodiversity is important for all South Africans and best way to do so is to be able to make informed decisions for the protection and ultimate survival of species, especially for those classified as endangered.

“Through constant monitoring, and not only of the charismatic species, but also their parasites and potential diseases they may cause, knowledge can be gained on how to optimally protect these species.”

This study was funded with an FBIP Small Grant to Dr Marianne Pretorius (North-West University). The FBIP is funded by the Department of Science and Innovation (DSI) under the Global Change Programme and is jointly managed by the National Research Foundation (NRF) and the South African National Biodiversity Institute (SANBI). 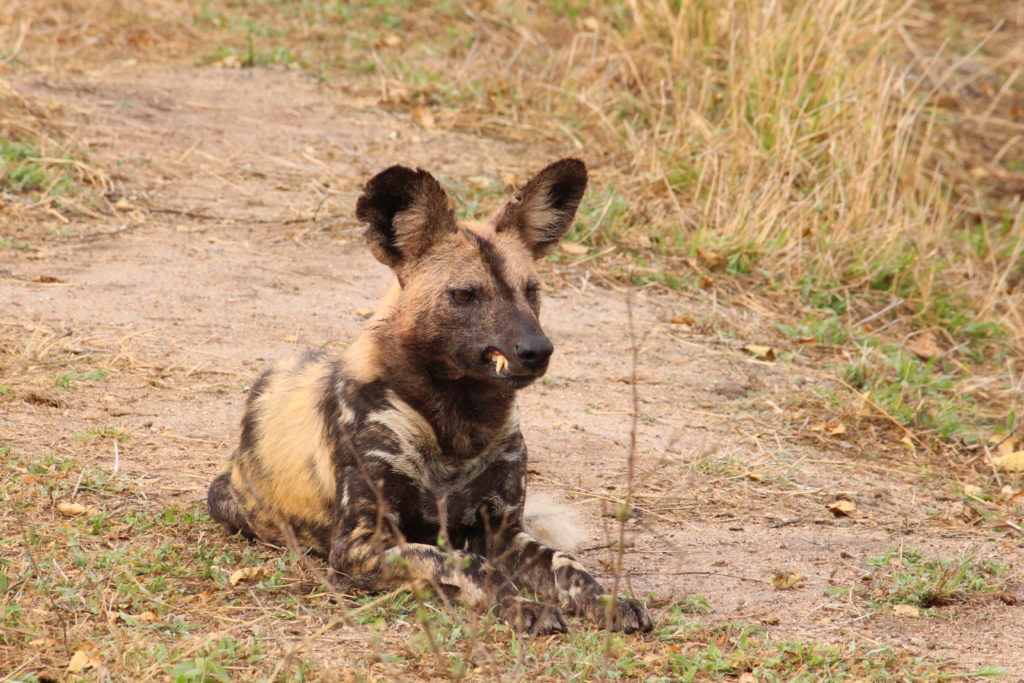