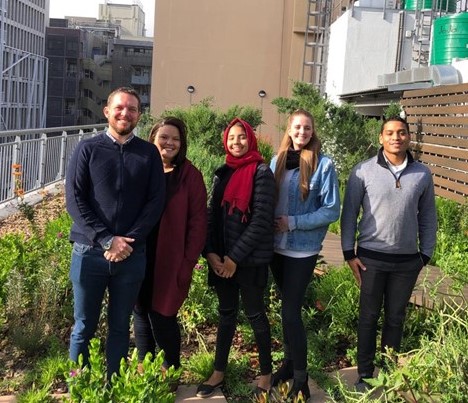 The Directorate: Environmental Law Enforcement (“D: ELE”) in the Western Cape Department of Environmental Affairs and Development Planning, reports an improvement to the administrative and criminal enforcement processes and the supporting evidence referred for criminal prosecution, through the botanical capacity injection provided through the partnership with the Biodiversity and Land Use project.

The Cape Floristic Region is the smallest of the six recognised floral kingdoms of the world and is home to over 9,000 plant species. It is also the only floristic region in the world to be contained within a single country making it a very unique feature of the Western Cape and of South Africa. Much of this region’s diversity is associated with the fynbos species, a Mediterranean-type, fire-prone shrubland.

The economical worth of fynbos biodiversity, based on harvests of fynbos products (e.g. wildflowers) and eco-tourism, is estimated to be in the region of R77 million a year.  Thus, it is clear that the Cape Floristic Region has both economic and intrinsic biological value as a biodiversity hotspot.

With the above as a backdrop, the Biodiversity and Land Use project being implemented by SANBI, partnered with the Western Cape’s Department of Environmental Affairs and Development Planning (DEA&DP) to incorporate a capacity-enhancing project focused within the Cape Winelands District Municipality.

Through this partnership a botanist and three Environmental Officers were appointed within the D:ELE, to assist with the administrative and criminal enforcement processes through the provision of in-house botanical expertise on alleged unlawful clearing of indigenous vegetation. The team consists of Derryn Lendrum, Tashreeqah Sadan and Leigh Kelly and botanist, Phil McLean.

The in-house botanical expertise provided by the team aided in streamlining and fast-tracking illegal vegetation clearing investigations and introducing biodiversity parameters and training to the forefront of environmental law enforcement (“ELE”).  In addition, the  botanical expertise added value to the analyses of offences and assisted with criminal prosecution. This has been some of the findings of an internal survey that was conducted within the D: ELE via a questionnaire aimed at measuring the impact of the interventions implemented by the botanical team.

The majority of respondents learnt several skills and lessons from the in-house botanist largely pertaining to vegetation identifiation, how to incorporate biodiversity parameters and correct procedures for successful rehabilitation. The botanical expertise provided by Phil McLean during several intergovernmental blitz operations was invaluable practical spaces for the sharing of in field knowledge and information.

Skills development and reflection on lessons learnt is now an integral part of how investigations are conducted and have left a lasting impact on the resident Environmental Management Inspectors, which indicates a positive legacy left behind by the project.

Through this intervention, the number of staff of regulatory authorities applying biodiversity criteria in review and decision making processes has increased and thus the quality of biodiversity information provided by officials and other elevent organisations has improved significantly – which is one of the key outcomes that the project aims to achieve.

For more information on the DEA&DP’S progress in the BLU project, please click here