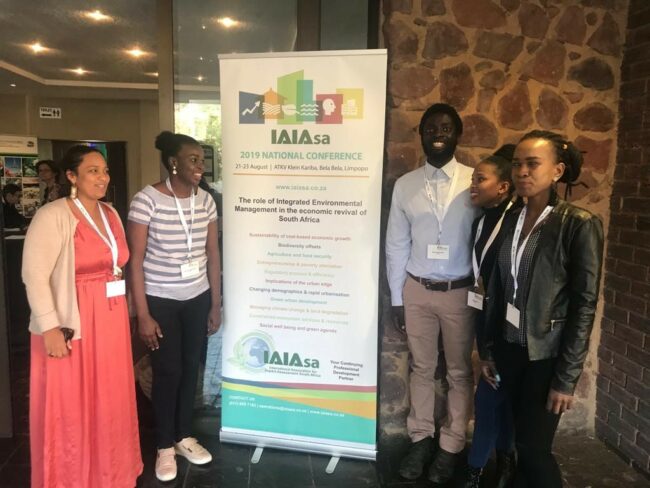 The Environmental Management component of the SANBI Biodiversity and Land Use (BLU) was designed to diminish the barriers to effective environmental management in South Africa and to allow for the persistence of biodiversity that sustains human life as well as underpins sustainable development in SA.  These barriers included weak co-ordination and alignment amongst regulatory authorities, and across all spheres of government, that regulate land and natural resource use at the municipal scale.

A wide range of interventions were implemented at different levels and in the different project implementation areas to address these barriers. Intergovernmental co-operation agreements and forums were piloted in the Western Cape and Mpumalanga respectively to deal with weak co-ordination and collaboration amongst relevant natural resource management regulatory authorities. SANBI and its partners also undertook to integrate relevant components of the workplan into existing intergovernmental forums and ensured that the social process of the project was inclusive and a wide range of stakeholders consulted. Capacity constraints were addressed through the placement of secondments into relevant regulatory authorities to support biodiversity mainstreaming into the regulatory framework. Biodiversity training was conducted throughout the life of the project to improve the capacity of EIA government staff, environmental assessment practitioners (EAPs) and biodiversity specialists to better integrate biodiversity into EIAs and compliance monitoring and enforcement processes. SANBI also convened multiple partners and stakeholders in numerous policy processes and developed many knowledge tools such as guidelines (Orchard development guideline, Albany Thicket Ecosystem Guidelines, Species Environmental Assessment Guideline etc.) to guide the integration of biodiversity into the regulatory framework.

Achievements of the BLU Environmental Management workplan include the following: –