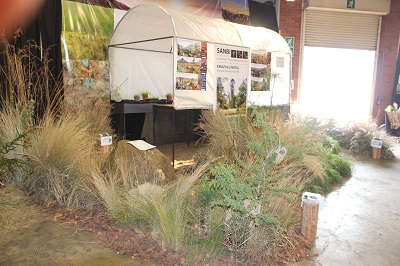 The KZN NBG team co-ordinated two exhibits for this show under two categories, the Feature Garden category and the Environmental Education and Sustainability category.

The Environmental Education and Sustainability Exhibit received a Gold Award. The exhibit showcased SANBI culture through a grassland ecosystem. It conveyed a disturbed and overharvested grassland, and propagation and restoration of that ecosystem.

The display showed how efforts and activities were made to correct the negative impacts that affect the grassland biome, caused by over harvesting of grassland plants and other activity.

The display was used to promote change in attitudes of people towards the usage of indigenous grassland plants, while also teaching them ways in which they can use or harvest sustainably without harming the grassland ecosystem. 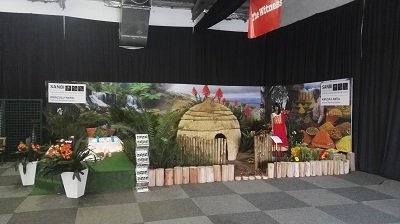 The Feature Garden Exhibit won Silver. Themed “Heritage and Biodiversity”, the exhibit focused on the connection between three dominant cultural groups in the Pietermaritzburg area, namely, the Indian, White and Zulu communities. The connection was shown in the indigenous medicinal plants that these communities use.

This exhibit aimed at celebrating the cultural differences and similarities that South Africans have through horticulture. This relays the message that all people are linked to nature, while also promoting the conservation of South Africa’s biodiversity for the enjoyment of future generations.

The exhibits were designed and assembled by a very dedicated and talented team. KZN NBG would like to thank all those who helped with the exhibition, and SANBI’s Marketing & Communication Office for funding the project. 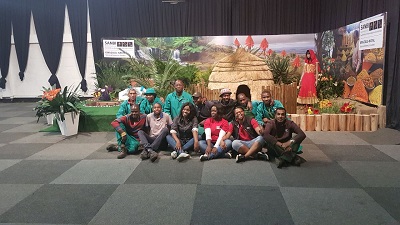