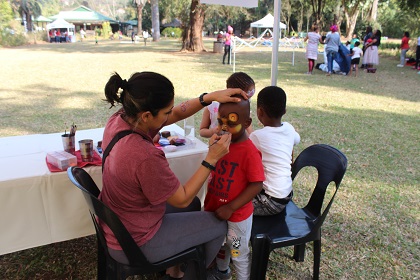 The KwaZulu-Natal National Botanical Garden (KZN NBG) hosted the third annual toiletry drive, where the public was given free entry into the garden, provided they donate toiletries or sanitary pads. The garden open day also had a treat for the children, as they played in the newly revamped children’s play area. There was face painting, a jumping castle, games and entertainment from a dance group called “Twilight”.

The SANBI units based in Durban chose to support the global movement for ‘Action Against Poverty’. Staff contributed sandwiches with nutritious fillings and packed lunches. Fifty five packs were distributed to people along Addington Beach in Durban. This initiative was a small service to humanity benefitting the legacy Tata Madiba gave the world. 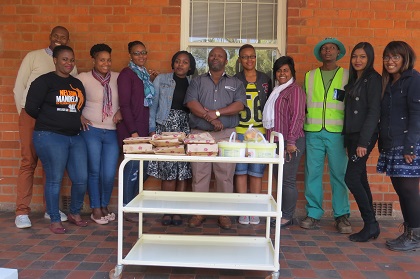 Furthermore, the KZN NBG team attended a Mandela Day event in Ulundi in northern KwaZulu-Natal. The team had an exhibit that focused on environmental education and conservation of our indigenous plants, encouraging locals to plant indigenous plants and schools to engage in the topic of environmental conservation. Toiletries and sanitary pads that were donated to the garden were distributed to the girls at the event and some were taken to Msimude Highschool in Sweetwaters village, Pietermaritzburg.

SANBI KZN NBG would like to thank all the visitors that contributed to the success of the toiletry drive that with no doubt, will make a difference to the KZN community that SANBI managed to touch this year’s Mandela Month.