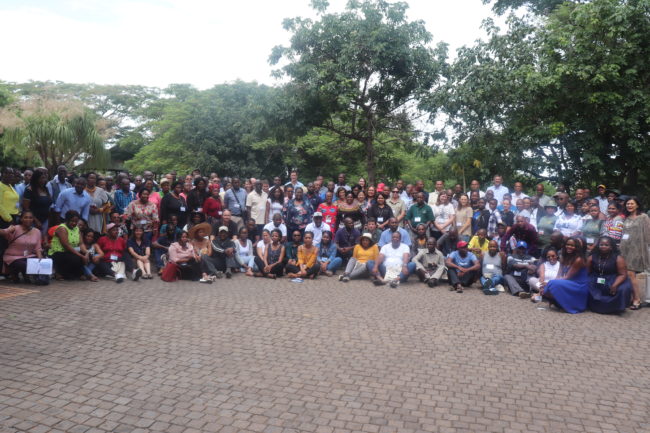 The Land Reform and Biodiversity Stewardship Learning Exchange took place in Hluhluwe in Northern KwaZulu-Natal from 18 to 20 February, exceeding the expectations of both participants and co-hosts of the event. The learning exchange was co-hosted by the National Department of Environment, Forestry and Fisheries (DEFF) and the South African National Biodiversity Institute (SANBI); with the support of Ezemvelo KZN Wildlife (EKZNW) under the theme “Reshaping Rural Development through the Biodiversity Economy.”

Through the application of the ‘market stall’ workshop methodology, participants were able to ‘shop’ for information at the various community led stalls. This was a creative and highly engaging method where all delegates learned from the community beneficiaries who shared in their own voices the journey of their respective projects, their vision for their land in conservation and the lessons learnt to date.

This session directly spoke to one of the objectives of convening the learning exchange which was to encourage peer-learning amongst communities and invert the triangle of knowledge transfer by affording community beneficiaries the platform to share their stories.

These sessions were practical, easy to relate to the work and the atmosphere was open to asking questions and encouraged active learning. The themes that were covered in the capacity building sessions were climate change adaptation and resilience, rangeland management, development of management plans and identifying biodiversity economy opportunities.

The learning exchange was well-received by all stakeholders and delegates and this was shown by the willingness, anticipation and active engagements at the event. This was supported by good planning executed by various partners, including supporters of Biodiversity Stewardship, the DEFF Biodiversity Economy & Biodiversity Planning colleagues and SANBI colleagues.

The learning exchange gave everyone working with Biodiversity Stewardship and  communities a chance to reflect on the LRBSI journey from its commencement in 2009. It also allowed for the chance to identify the lessons learnt and to celebrate the strides made with Biodiversity Stewardship, specifically growing beyond a protected areas expansion tool to addressing some of the socio-economic challenges of South Africa.