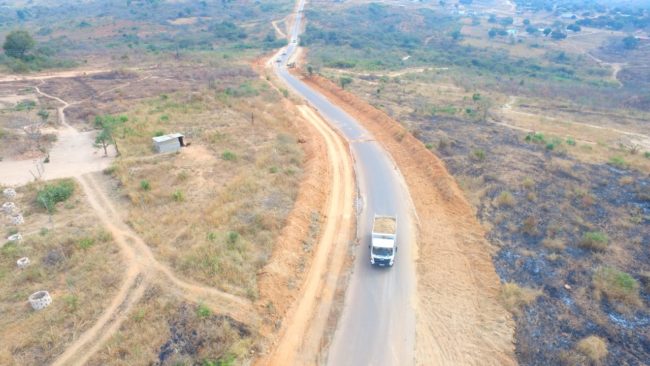 Ecological infrastructure is described as “Naturally functioning ecosystems that deliver valuable services to people, such as freshwater, climate regulation, soil formation, and disaster risk reduction. It is the nature-based equivalent of built or hard infrastructure and is just as important for providing services and underpinning socio-economic development.” Like built infrastructure, ecological infrastructure needs to be maintained and managed. Ecological infrastructure can be found in healthy mountain catchments, rivers, wetlands, coastal dunes and nodes and corridors of natural habitat, which together form a network of interconnected structural elements in the landscape.

The Biodiversity and Land Use (BLU) Project, has developed the EICF as a pilot funding mechanism aimed at encouraging increased resource allocation to the management of ecological infrastructure and natural resource management at municipal level’. To date the Project Appraisal Committee for the EICF which consists of representatives from the BLU Project, SANBI’s Ecological Infrastructure Directorate, the Department of Environmental, Forestry and Fisheries’ Environmental Programmes, as well as the Department of Agriculture’s Land Care Programme; approved and funded six EICF Projects.  Municipal projects that have good co-funding and leveraging ability into mainstream municipal programs are prioritised.

Through this pilot financing mechanism (EICF) more than 200 temporary and some long term jobs will have been created from an estimated initial BLU project investment of approximately R5,5 million.  Most of the projects are in the implementation phase with some funding already being transferred to implementing partners for implementation. The initial investment made by the BLU project in the EICF, has catalysed an additional R10,000,000 million in co-funding across the projects being implemented.

The Bushbuckridge Donga Rehabilitation Project aims to rehabilitate the dongas and construct gabions along the Motlamogatsane / Klein Sand River in the Ehlanzeni District Municipality.  This project is rehabilitating the damage caused by erosion, which will improve the status and functioning of the freshwater ecosystem, improve water quality and quantity as well as enhance public safety through the installation of disaster risk prevention infrastructure. The Mbombela Stadium Wetland Rehabilitation Project is also being implemented in Ehlanzeni, and focuses on the rehabilitation of the degraded wetlands around Mbombela Stadium.

In the Cape Winelands District Municipality, two EICF projects are being implemented.   The Breedekloof Wine and Tourism Invasive Alien Plant Clearing project aims to clear Critical Biodiversity Areas (Aquatic) in the Holsloot River from any invasive alien plants and with the specific focus on the river riparian zone in the upper catchment. The second project namely, the ‘Witzenberg – Ceres Mountain Fynbos Nature Reserve Invasive Alien Plant project’, aims to clear and remove invasive alien plants within the Ceres Mountain Fynbos Nature Reserve thereby contributing towards improved ecological condition and the restoration of ecosystem services, which have been lost as a result of alien plant infestation.

Two projects are ready for implementation in the uMgungundlovu District Municipality. The Msunduzi -Baynespruit River Project, which focuses on Invasive Alien Plant clearing and the construction of floating wetlands to restore the functioning of the Baynespruit River is the BLU project’s fifth EICF project.  The sixth BLU funded EICF project is the Mpophomeni-Mthinzima Ecological Infrastructure project, which focuses on the rehabilitation of a degraded wetland system in uMngeni Local Municipality.  This project aims to improve the quality and quantity of water flowing into the Midmar Dam and has the potential to reduce the current costs of managing the Midmar Dam and the production of potable water.