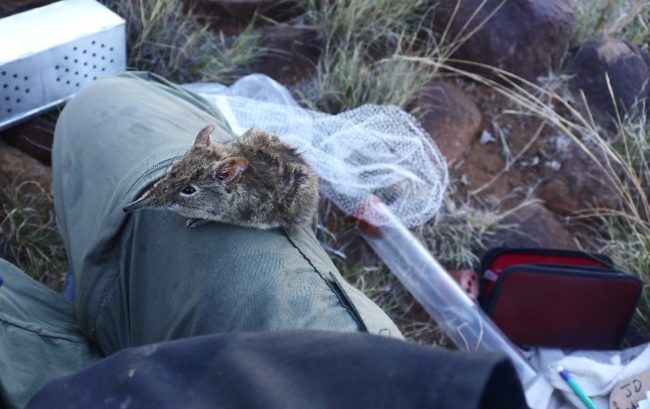 A recent study on two small mammal groups has unlocked new knowledge on their taxonomy and distribution and will aid conservation in the Karoo, which has been earmarked for shale gas exploration.

South Africa is at an energy crossroads and has identified the potential future economic and energy security benefits of the Karoo natural gas reserves (approx. 13 trillion cubic feet). To date, three companies have been granted exploration permits for shale gas in the Karoo.

As it stands the region is poorly surveyed for biodiversity and there are large gaps in our understanding of which species occur in which parts of the Karoo. This hampers efforts to determine priority habitats that may be sensitive to future proposed changes in land use.

As part of the Foundational Biodiversity Information Programme’s (FBIP) funded Karoo BioGaps Project researchers from the Universities of Johannesburg and Cape Town (UJ & UCT) have turned their focus to the small mammals of the region, said to be vastly understudied and as a consequence under protected. 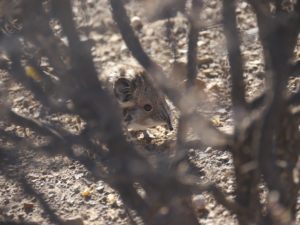 The study was recently published in the journal African Zoology, and findings will be used for future Strategic Environmental Assessments (SEAs) in the Karoo.

“Very few records exist for these newly-described and Karoo-endemic species; the data we provided in our study suggest that their distribution ranges are larger [or smaller] than previously thought,” he told the FBIP. 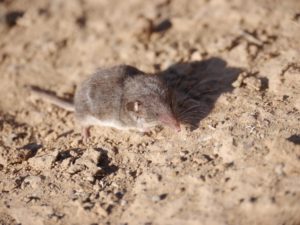 UJ’s Centre for Ecological Genomics and Wildlife Conservation, led by study co-author Prof Bettine van Vuuren, used a ‘DNA-informed identification approach’ to determine which species were represented in the 119 samples (63 rodents and 56 elephant shrews) collected across the study area by the UCT small mammals team led by Dr Gary Bronner. 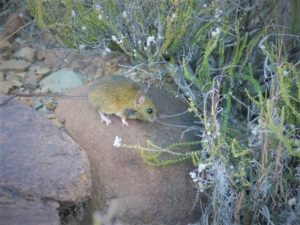 The study provides new occurrence records for all the species, defines new ranges for the rock rat M. granti and the elephant shrew E. pilicaudus, and contributes new knowledge on endemism for the two species.

The Extent of Occurrence (EOO), an International Union for the Conservation of Nature (IUCN) range measuring tool, was used to calculate the area contained within the shortest continuous imaginary border that can be drawn to encompass all the known sites of present occurrence of the two species.

The EOO of M. granti was found to be far less (~99 000km2) than that given by the IUCN Red List assessments (236 027km2). According to the authors the range discrepancy could be attributed to their exclusion of unverified records (i.e. those based on field observations or unspecified identification criteria).

The ‘verified range/EOO’ based only on species identifications confirmed by genetic work, confirms that M. granti is a Karoo endemic, rather than a species with a “marginal intrusion into Fynbos and a wide distribution in the Dry Highveld Grassland”.

Based on M. granti’s new Karoo endemic status, the authors suggest a more “rigorous revision” of the red list assessment for the species.

On the other hand, the study confirmed a range extension for the [former] Nama-Karoo endemic E. pilicaudus, which now extends into the Roggeveld vegetation type of the Trans-Escarpment Succulent Karoo EOO range increase of 28%. 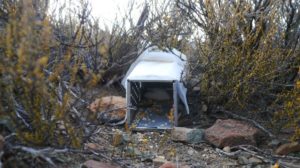 Main says that based on the findings the newly defined ranges of M. granti and E. pilicaudus should be incorporated into future conservation management plans if these species are to be sufficiently conserved.

“This is especially important given that the persistence of many species in the Karoo hinges on the rate and scale of imminent shale gas mining in the area, which are likely to disrupt ecological processes and integrity on a landscape scale,” he said.

The Karoo, a semi-arid region covering more than 40% of the country’s interior, has been earmarked for several large-scale infrastructure development projects, including shale gas exploration and uranium mining. An South African Journal of Science study estimates that the Karoo gas resource amounts to approximately 13 trillion cubic feet (Tcf), placing the South African gas resource 34th out of 46 nations globally in terms of quantity.

The FBIP is funded by the Department of Science & innovation (DSI) under the Global Change Programme, and is jointly managed by the National Research Foundation (NRF) and the South African National Biodiversity Institute (SANBI).