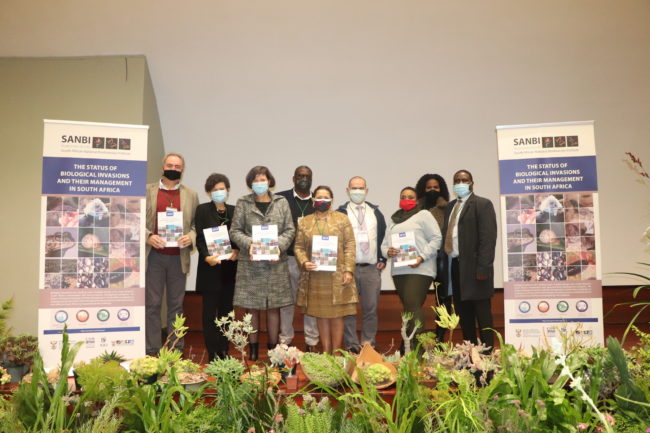 Science shows us that one of the key factors driving the accelerated decline of biodiversity is the invasion of alien species which impact on all sectors of society. On Friday 28 May 2021, the Minister of Forestry, Fisheries and the Environment, Barbara Creecy officially launched the Report on The status of biological invasions and their management in South Africa at Kirstenbosch National Botanical Garden. 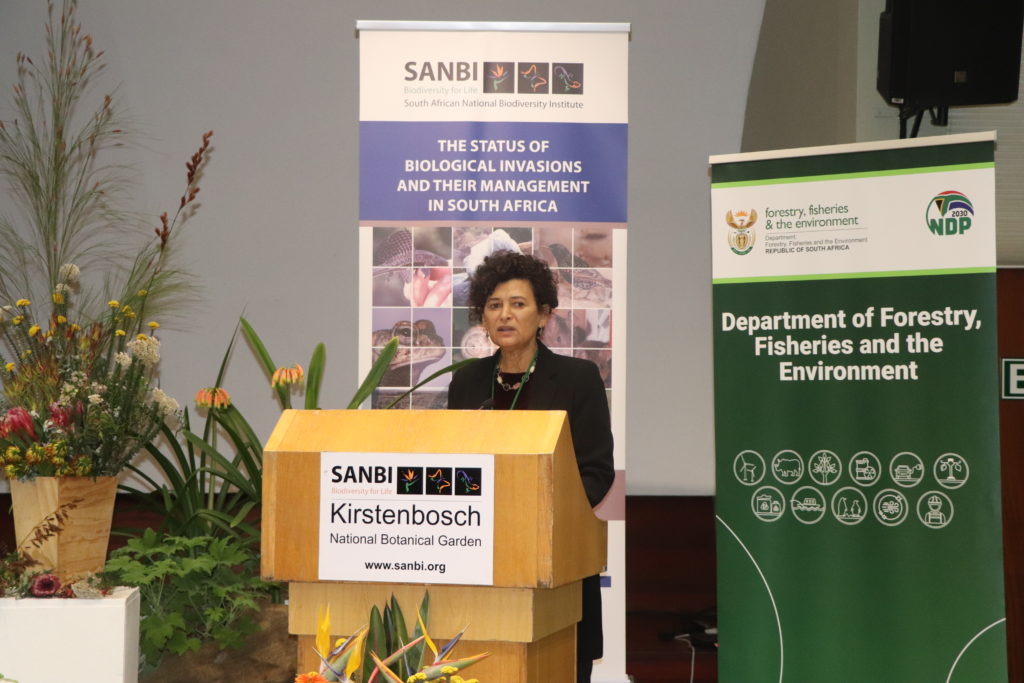 The latest scientific report from the South African National Biodiversity Institute (SANBI) provides a comprehensive assessment of the status of the invaders, and is the only country-level assessment worldwide that focuses specifically on biological invasions. Its arrival was opportune, as the world recently celebrated the International Day of Biological Diversity on 22 May under the theme “We’re part of the solution #ForNature”.

In South Africa biological invasions impact biodiversity, the economy, human health, well-being, and sustainable development. It is anticipated that this Report offer a solution towards the eradication of biological invasions. Top findings of the Report reveal: 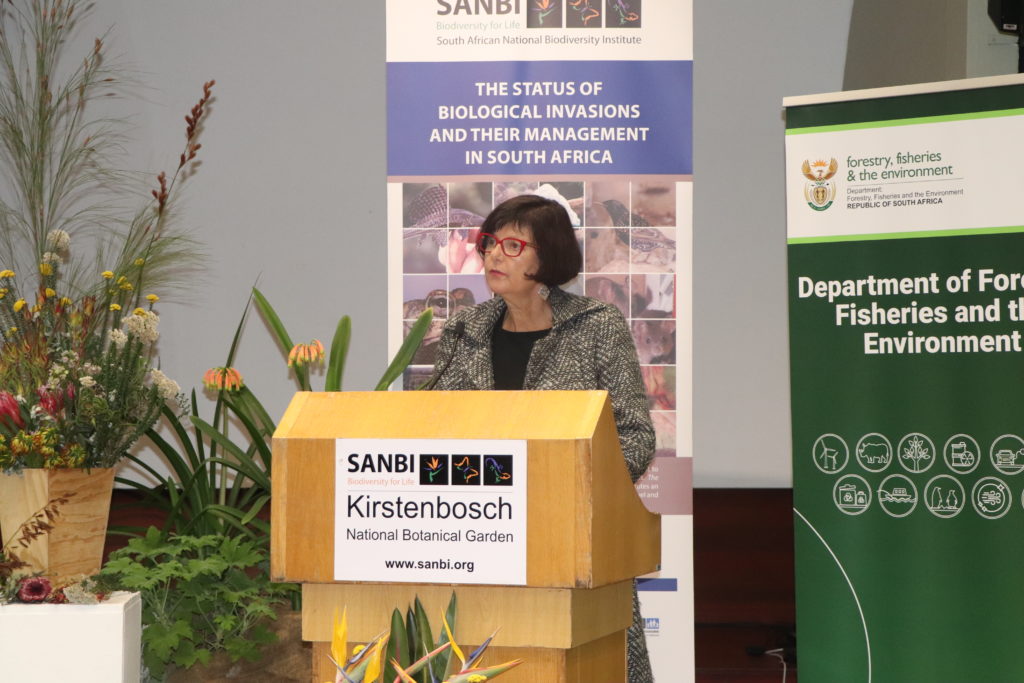 Minister of Forestry, Fisheries and the Environment Ms Barbara Creecy during the official launch of the Report on The status of biological invasions and their management in South Africa.

This latest scientific assessment finds that there are now at least 1 880 alien species that have established themselves in South Africa, about a third of which have been classified as invasive.

Dr Tsungai Zengeya, lead scientists of the SANBI Report, said estimates suggest the ecological costs of invasive alien plants and animals to be more than R6.5-billion a year. The main costs are associated with a decline in ecosystem services such as water and grazing, and in agriculture.

Accordingly, the Department was developing a new policy on the management of biological invasions, supported by a 10-year National Invasive Species Strategy and Action Plan. The aim of the strategy was to facilitate a more cohesive and collaborative approach by government, industry and the broader community to identify and manage biosecurity risks. The new strategy would be published for public comment and input shortly.

Minister Creecy has also emphasised the need for a more coordinated approach to tackling the complex problem. Recognising that this was ‘a multifaceted problem that needed a multifaceted approach’, the minister emphasized the need to cut through red tape and the silos of different government departments to arrive at a common national approach. 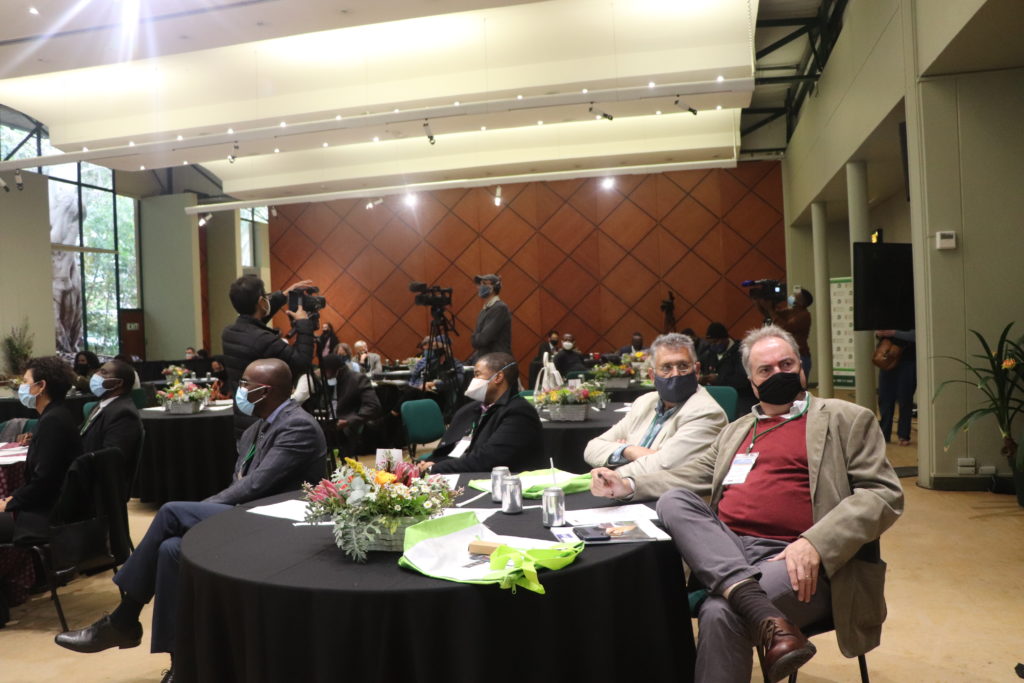 Roundtable of guests at the Launch

As part of the solution to nature and aware that South Africa already spends more than R1-billion annually to control biological invasions, Minister Creecy announced that the Department had recently secured a significant injection of funding from the Global Environment Facility. The funding is made up of about R46-million in grant funding and a further R303-million of in-kind support to strengthen the management of invasive alien species.

The Report is available here