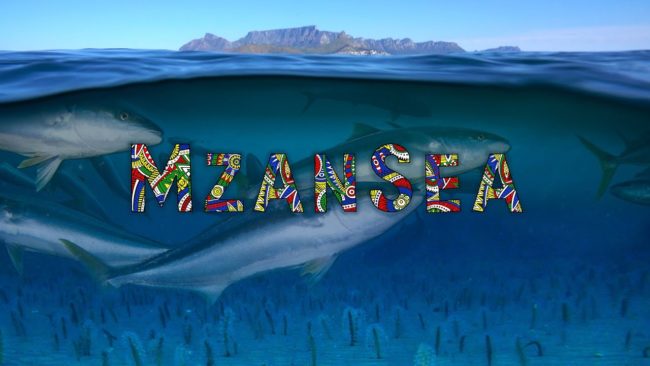 MzanSea is a short film by Otto Whitehead that celebrates the treasures of South Africa’s oceans. The film was produced as part of Otto Whitehead’s post-doc at the South African National Biodiversity Institute (SANBI) and Nelson Mandela Metropolitan University with Professor Kerry Sink of SANBI’s Marine unit.

The film showcases the diversity of South Africa’s oceans and invokes a sense of pride and custodianship. “It is particularly important that the film helps remind decision-makers about the importance of healthy oceans, so that marine conservation is prioritised” Otto said.

MzanSea can be seen as “the cherry on the top” after a decade-long effort to protect some of the most important and diverse ecosystems in South Africa’s oceans. The fact that this momentous achievement was unveiled in the film lends a lot of weight to it.

“More film-makers/storytellers should partner with scientists and conservationists to strategically help them communicate the gravity of their achievements,” Otto said.

Otto shared his insights about the film and said “the ocean connects us all and benefits so many aspects of our lives, therefore the film is relevant to many other sectors, particularly tourism. The fact that MzanSea won at ITFF Africa is evidence that our natural heritage is highly valued by the tourism sector…”

“People from all over the world flock to South Africa to experience the beauty and wildness of our seas, and MPAs are a vital part of promoting sustainable growth in the tourism sector”.

South Africa’s oceans are remarkably diverse and this diversity makes it relatively easy to make a compelling film, as there are many stories and visuals to choose from.

However, Otto shared that it does get challenging when one has to represent its incredible diversity in a very short film and that forced the team that worked on the film to really distil the essence of South Africa’s oceans and their role in our lives, while being as inclusive as possible.

“Video is an important storytelling tool to allow audiences to experience destinations in a unique and personal way. It is a dynamic journey that exposes viewers to places from the comfort of their homes – before making the leap to visit.” ~ Candace Nelson.

Watch and the video here

More about the festival here