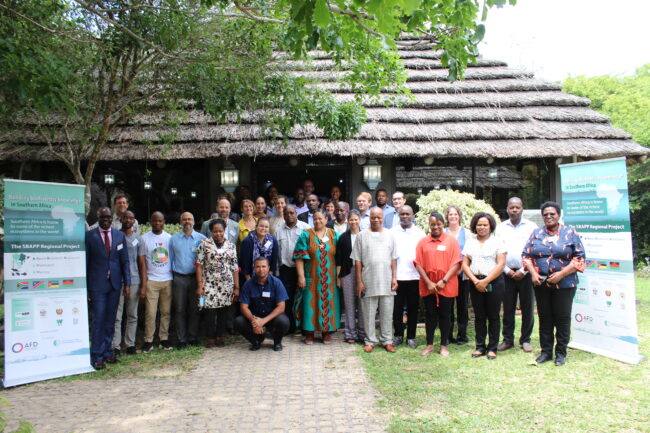 On 16 November 2022, the SBAPP Regional Project was launched in Macaneta, Mozambique in the presence of the Embassy of France. The full project name is ‘Building biodiversity knowledge for action in Southern Africa: Spatial Biodiversity Assessment, Prioritization and Planning in South Africa, Namibia, Mozambique and Malawi’. The project objective is to build and strengthen the biodiversity knowledge base for each country and to promote collaboration on biodiversity science in the region. The project is funded by Agence Française de Développement (AFD) and the French Facility for Global Environment (FFEM) and will run for five years until June 2027. 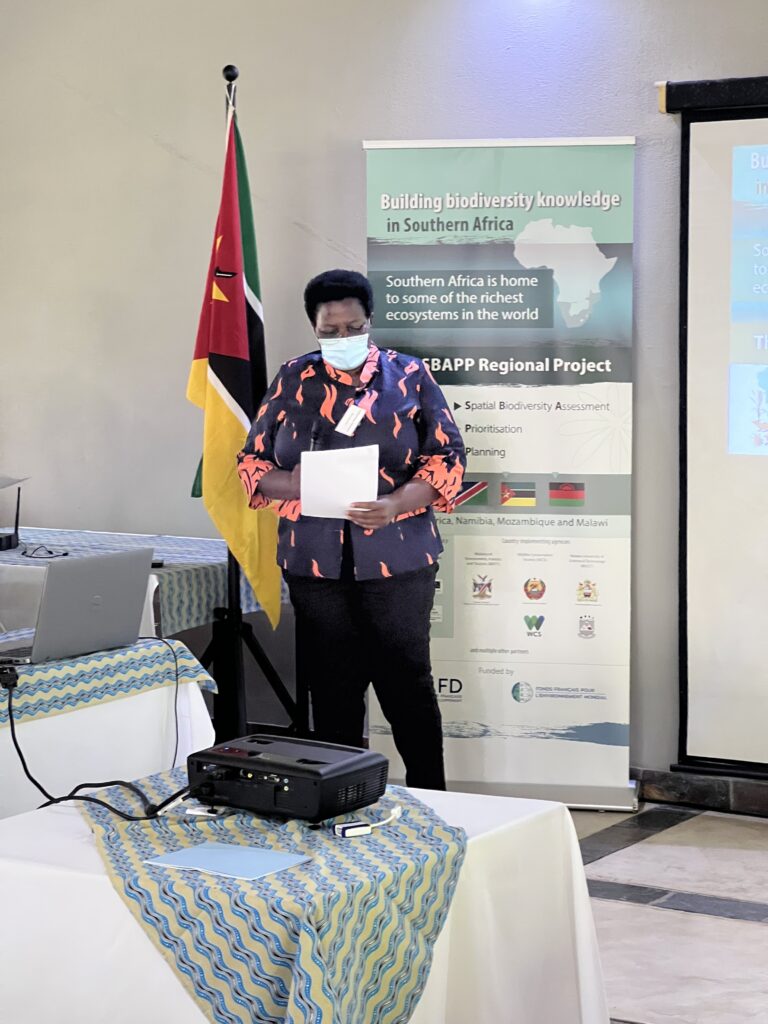 Ms Guilhermina Amurane, Director for the National Directorate of Environment from the Mozambique Ministry of Land and Environment, opened the event and said, “The SBAPP Regional Project will allow Mozambique to make informed decisions and policies on land use planning and biodiversity protection as part of our National Biodiversity Strategy and Action Plan, a requirement for parties to the Convention on Biological Diversity.”

The SBAPP processes use a number of key datasets (e.g. maps of ecosystem types and ecological conditions;  species distribution maps and population-level information), in conjunction with Red List standards from the International Union for the Conservation of Nature (IUCN). The IUCN Red List categories are intended to be an easily and widely understood system for classifying species and ecosystems at high risk of extinction. The resulting Red List of Ecosystems and the Red List of Species categorise the ecosystem types or species according to their threat status (Critically Endangered, Endangered, Vulnerable or Least Concern). 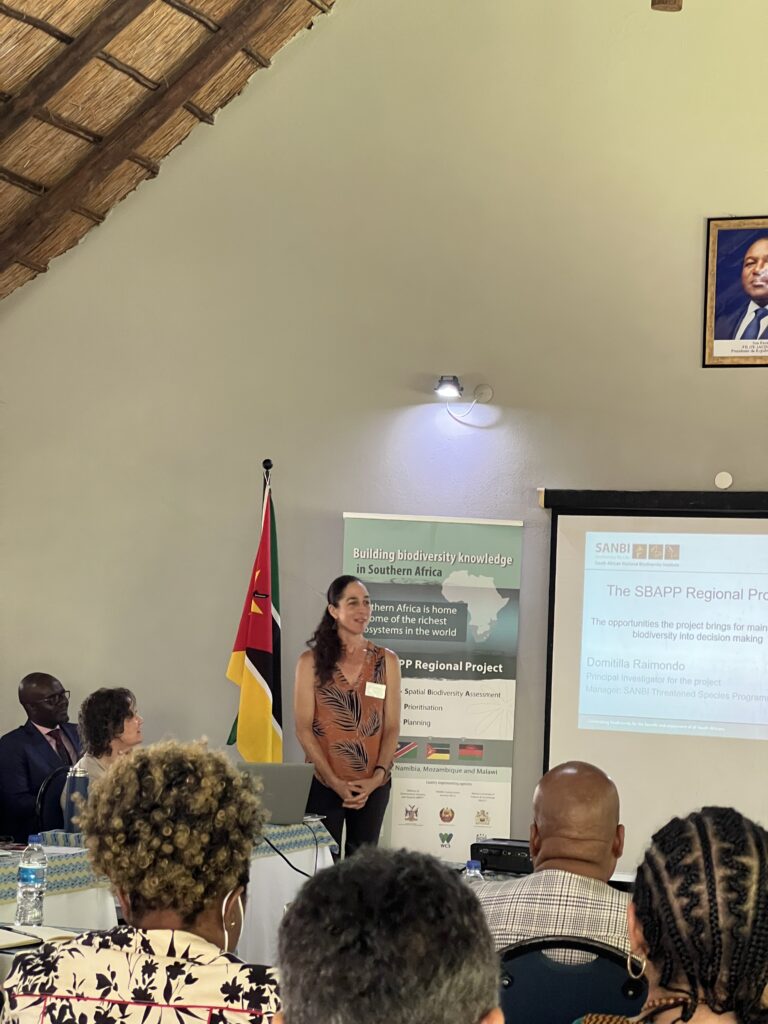 Domitilla Raimondo, a principal investigator for the project from the South African National Biodiversity Institute (SANBI), gave a keynote address about the potential the project presents for mainstreaming biodiversity considerations into decision making. She explained that these Red List products have multiple applications. For example, they can be used to plan in which threatened ecosystems conservation action could be prioritised.

All four countries have a substantial number of species and ecosystem types shared across their borders, making regional cooperation vital for mapping and Red List assessment processes. 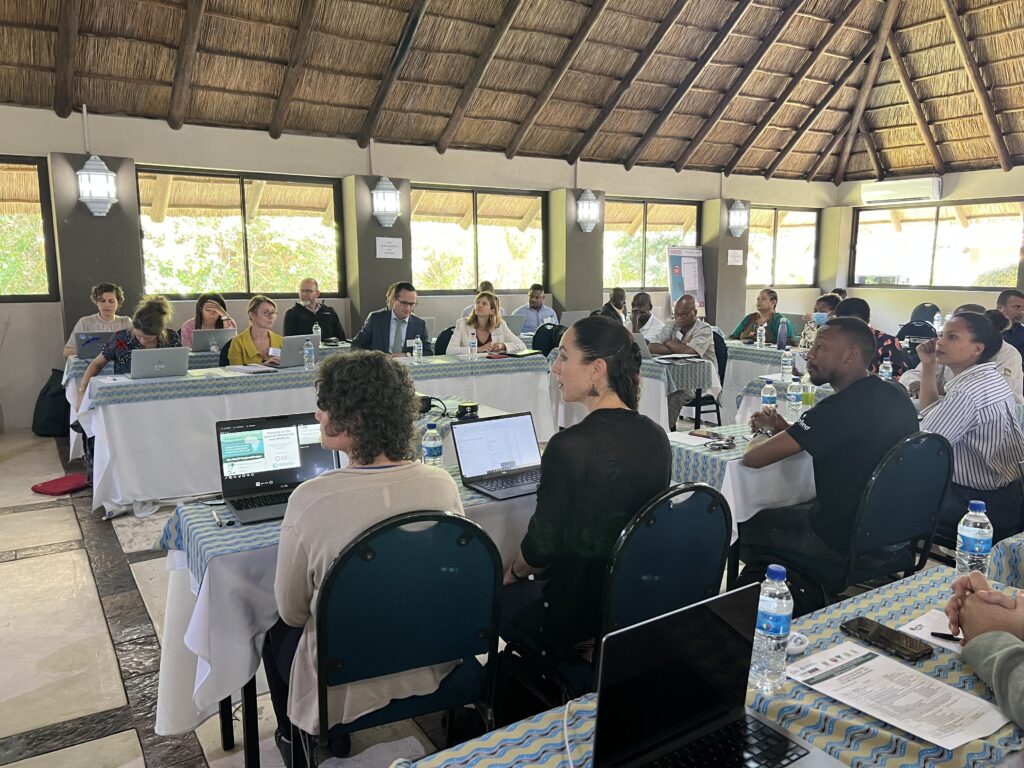 Clémentine Dardy, Head of Evaluation and Capitalization at the French Facility for Global Environment (FFEM) added that, “it is a key moment for the Southern African and French cooperation in the field of biodiversity knowledge: the regional peer-to-peer dialogue will maximize the impacts of data production and harmonization of methodologies.  Another benefit of the project is the innovative mixing of sciences – including detailed scientific expertise as well as citizen science and local knowledge.”

The event ended with a fun-filled BioBlitz where delegates captured photos of species found around the event venue and uploaded them to the iNaturalist app. “A BioBlitz is an interactive way to illustrate the importance of citizen science and community involvement in the field data collection that underpins the important scientific work of this project”, said Hugo Costa, the project lead in Mozambique. 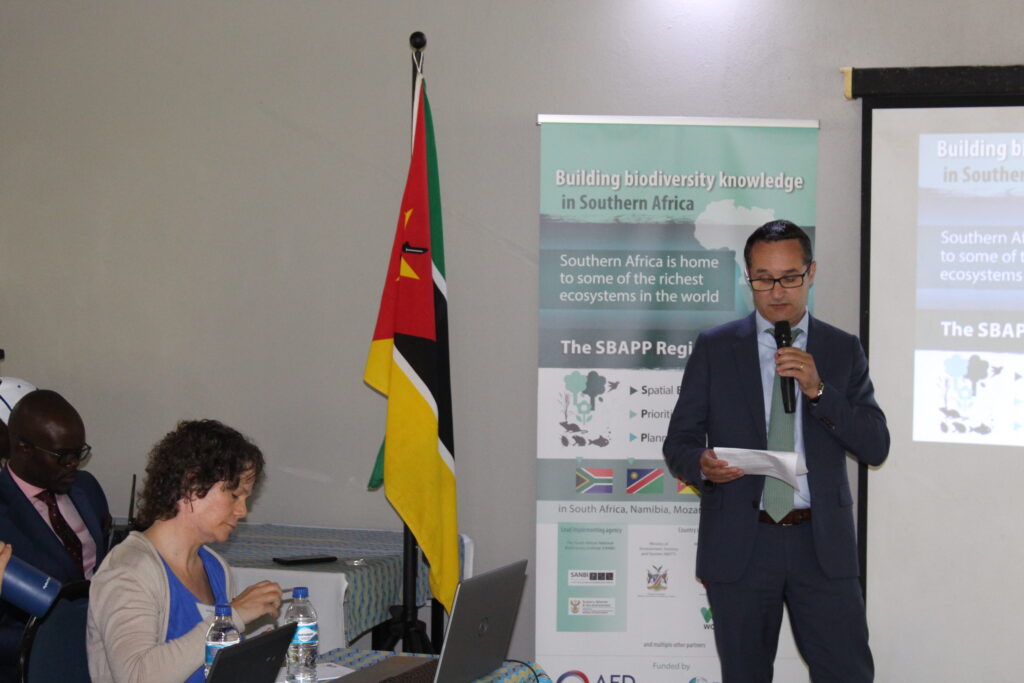 Chargé d’affaire a.i.,from the French Embassy in Maputo, Samuel Richard noted that France is dedicated to support an ambitious Global Biodiversity Framework at COP15 of the Convention of Biological Diversity. He said, “This project will contribute to several of our common biodiversity objectives highlighted in the COP15 negotiation – especially through capacity building in spatial planning, the identification and protection of Key Biodiversity Areas in the four targeted countries, and the sectoral integration of biodiversity through land use planning.”