Saturday 21 September is International Coastal Clean-up Day, which draws attention to the problem of waste on beaches. The soon-to-be-released National Biodiversity Assessment reveals that South Africa’s coastal biodiversity is under increasing pressure. We can all be active citizens to conserve this natural heritage.

South Africa’s coast is one of the most spectacular and diverse in the world and one of the most sought-after holiday destinations. It comprises a wide range of coastal vegetation, dunes, cliffs, beaches, rocky shores, estuaries, mangroves, kelp, reefs, bays, and much more. The country’s coastal biodiversity is exceptional, with many species found nowhere else on Earth.

Our coastal biodiversity provides many benefits to people – including benefits like food, medicine and materials; and protection from storms and sea-level rise. It also gives us a place to play, as a natural space for recreational and cultural activities, and enhances our health and wellbeing. Our coast hosts species, stories and cultural practices that are uniquely South African.

For the first time in South Africa, the status of our coastal biodiversity has been assessed. 60% of South African coastal ecosystem types are threatened, comprising more than half the extent of the coastal zone, according to the National Biodiversity Assessment (NBA). The NBA is the primary tool for reporting on the state of South Africa’s biodiversity and will be released on 3 October 2019.

Dr Andrew Skowno, lead scientist for the NBA at the South African National Biodiversity Institute (SANBI) said: “Scientists are now seeing the coast as an ecological entity in its own right with special processes, and unique ecosystems and species. The coast needs to be managed collaboratively, recognising the cross-linkages between land, sea, freshwater and estuaries. The new integrated map of ecosystem types developed for the NBA will be a powerful tool for coastal planning going forward, as coastal ecosystems have been mapped in fine detail.”

Dr Linda Harris from Nelson Mandela University led the coastal assessment in the NBA, and notes that coastal biodiversity is exposed to pressures from both the land and sea. “Pressures on coastal biodiversity include unsustainable harvesting of species, inappropriate infrastructure development, mining, decreased freshwater flow into the sea from rivers, and pollution. Proportionately, the rate of habitat loss in the coastal zone is twice that for the rest of the country,” said Harris.

The coast is the basis for a vibrant tourism industry – in fact, a biodiversity tourism study linked to the NBA reveals that visiting beaches ranks as one of the most popular activities for both international and domestic tourists. Yet some beaches are being eroded as natural movements of sand are disrupted, putting one of South Africa’s most popular recreational activities at risk in some places.

“People love the beach. The next time you go there, listen; hear how many people are laughing and having fun. The coast is truly a national asset that provides us with so many benefits,” said Harris. “This provides even more reason to restore the coast where we can through practical actions like improving water quality and flows in estuaries, restoring degraded dunes, and avoiding further impacts by building behind appropriate setback lines.”

All of us have a role to play in being custodians of our coastal biodiversity. Simple actions like not trampling sensitive dunes, which are our natural barrier to rising sea levels and large waves, all add up to make a difference. Citizens near the coast on Saturday 21 September can participate in International Coastal Clean-up Day. Besides entangling marine life, scientists are finding evidence that ocean plastic is linked to disease on coral reefs and decreasing population growth rates of zooplankton. Microplastics have even been found in turtle hatchlings that wash up on beaches between Port Elizabeth and Cape Town. On previous coastal clean-up days, South Africans collected over 12 000 kg of waste on our beaches.

Search ‘coastal cleanup’ on Facebook or other social media

The National Biodiversity Assessment (NBA) is the primary tool for reporting on the state of biodiversity in South Africa. It is used to inform policies, strategies and activities for managing and conserving biodiversity more effectively. The NBA is led by the South African National Biodiversity Institute (SANBI) as part of their mandate to monitor the status of South Africa’s biodiversity. The NBA was undertaken between 2015 and 2019. It involved extensive collaboration from over 470 individuals representing about 90 organisations. The full suite of NBA products, which include a synthesis report, seven technical reports, datasets, maps, supplementary materials, and popular products, will be released on 3 October 2019 and will be accessible at http://nba.sanbi.org.za/ 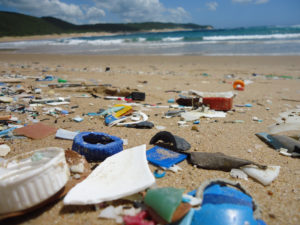 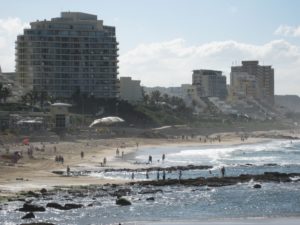 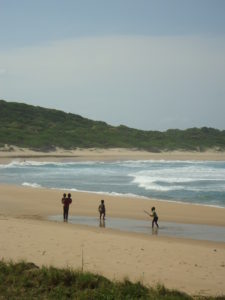 South Africa’s coastline ranges from pristine beaches and rocky cliffs to bustling urban centres where development needs to be carefully planned in order to maintain the many benefits from coastal biodiversity. © Linda Harris 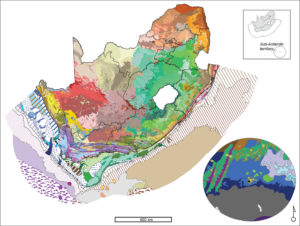 Scientists have now seamlessly mapped the ecosystems types for the whole of South Africa’s territory, including our sub-Antarctic islands and their surrounding ocean. Coastal ecosystem types have been mapped at a fine scale – which will assist in future spatial planning along and across the shore.