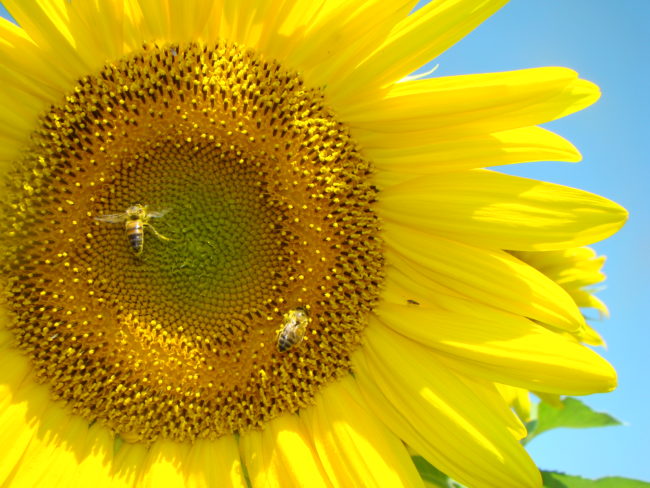 On Heritage Day, we celebrate our cultural heritage and diversity. Let’s also celebrate our natural heritage, our biodiversity – the unique species and ecosystems in South Africa. The National Biodiversity Assessment will be released on 3 October 2019 and contains remarkable information about how the country’s people and economy benefit from its impressive biodiversity.

South Africa is ranked in the top three countries globally when it comes to plant and marine species endemism (species found nowhere else on Earth). The diversity and uniqueness of South Africa’s species and ecosystems makes us one of the world’s 17 megadiverse nations – countries that together contain more than two thirds of the world’s biodiversity.

South Africa’s economy is highly dependent on this biodiversity – for example: biodiversity tourism demand generates a direct spend of approximately R31 billion in the economy annually, and our approximately 2 000 medicinal plant species contribute to the African Traditional Medicine sector worth ~R18billion per year. [Additional facts about benefits below.]

Continued investment in managing and conserving biodiversity is essential so that jobs and other benefits that depend on biodiversity can continue to increase.

Additional facts about the benefits of South Africa’s biodiversity

South Africa’s biodiversity wealth gives our people tangible benefits like food, clean water, medicine and materials. It supports agricultural and fisheries production. Biodiversity also helps protect us from natural hazards like floods and droughts. Our natural heritage is the basis of a vibrant tourism industry and offers natural spaces for recreational and cultural activities.

The National Biodiversity Assessment (NBA) is the primary tool for reporting on the state of biodiversity in South Africa. It is used to inform policies, strategies and activities for managing and conserving biodiversity more effectively. The NBA is led by the South African National Biodiversity Institute (SANBI) as part of their mandate to monitor the status of South Africa’s biodiversity. The NBA was undertaken between 2015 and 2019. It involved extensive collaboration from over 470 individuals representing about 90 organisations. The full suite of NBA products, which include a synthesis report, seven technical reports, datasets, maps, supplementary materials, and popular products, will be released on 3 October 2019 and will be accessible here. 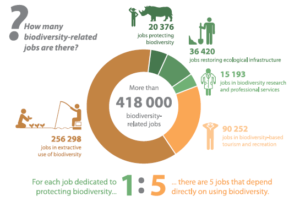 We often don’t realise the numerous benefits that biodiversity provides to people…  many of these benefits translating into livelihoods and employment. For example (clockwise from top left below):