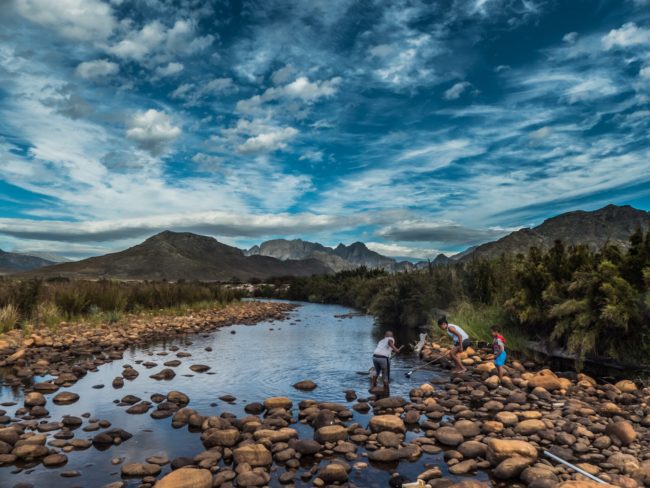 Water security is essential for human well being and socio-economic development. The ecological infrastructure of rivers, wetlands and their catchment areas supply vital water to people.

Freshwater ecosystems, and the species within them, can improve the quantity and quality of water available for people to use. For example, a healthy catchment area with natural vegetation allows water to enter rivers to fill our dams and to replenish underground aquifers. Plants and micro-organisms within the freshwater ecosystems help to clean and filter pollution from the water.

Dr Heidi van Deventer is the lead scientist of the freshwater component for the National Biodiversity Assessment (NBA) at the Council for Scientific and Industrial Research (CSIR). She said, “The healthier these species and ecosystems, the better they are able to provide the quantity and quality of water that people need. They also play a crucial role in buffering us through drought periods and long-term climate variation. South Africa is among the most water scarce countries per capita in the world, and droughts are a natural feature of South Africa’s climate, though expected to increase as a result of climate change.”

The NBA shows that Strategic Water Source Areas (SWSAs) are in need of additional management and protection. SWSA are areas that supply a disproportionate quantity of water in relation to their size. The SWSAs for surface water cover only 10% of South Africa’s extent but account for 50% of the mean annual runoff. These nationally important areas provide freshwater for downstream communities, including the urban areas that support half of South Africa’s population and nearly two-thirds of its economy. It is crucial that SWSAs remain in a good ecological condition so that they can function properly.

Dr Lara van Niekerk from the CSIR, lead of the estuary component for the NBA, notes that contrary to popular belief, freshwater flowing into the sea is not wasted. “People think that we should dam up rivers to ensure that we use every last drop of our scarce freshwater resources in South Africa. But this is definitely not the case, as the freshwater that flows into the sea delivers nutrients and sediment to estuaries and the ocean, and sand to beaches and dunes.”

Commercially important fish, such as Dusky Kob, that use estuaries as nurseries are negatively impacted by decreased freshwater flow. “Fisheries associated with muddy ecosystem types such as prawns, sole and many fish species are supported by mud delivery from rivers and land–sea connections are needed for the completion of their life-cycles,” adds Van Niekerk.

Freshwater flow and associated sediment also maintain key tourism assets such as sandy beaches, and reduce long-term erosion of beaches and dunes. Beaches and dunes are crucial for protecting the coast from natural hazards like sea storms.

The NBA shows that freshwater ecosystems are being compromised by over-extraction of water, pollution from waste water treatment works, agriculture and stormwater (nutrients, plastics and toxins), invasive alien species, habitat loss and degradation, and climate change. In the case of estuaries, over-fishing represents an additional serious pressure that further compromise their nursery function.

Scientists note that many of these pressures can be mitigated through catchment-level water resource management. Protection and rehabilitation should be prioritised; particularly the rehabilitation of our malfunctioning waste water treatment works as well as the management and eradication of invasive plants in the SWSAs. “All citizens can play their part by ensuring that they do not waste water and do not pollute our freshwater systems,” said Van Deventer. “Direct pressures on estuaries are also addressed through the development of Estuary Management Plans in consultation with local municipalities and stakeholders to make sure we use our valuable estuarine space wisely,” added Van Niekerk.

The NBA scientists note that many of these pressures can be mitigated through catchment-level water resource management. Protection and rehabilitation, particularly the management of invasive plants, should be prioritised in the SWSAs. “All citizens can play their part by ensuring that they do not waste water and do not pollute freshwater systems,” said van Deventer.

The National Biodiversity Assessment (NBA) is the primary tool for reporting on the state of biodiversity in South Africa. It is used to inform policies, strategies and activities for managing and conserving biodiversity more effectively. The NBA is led by the South African National Biodiversity Institute (SANBI) as part of their mandate to monitor the status of South Africa’s biodiversity. The NBA was undertaken between 2015 and 2019. It involved extensive collaboration from over 470 individuals representing about 90 organisations. The full suite of NBA products, which include a synthesis report, seven technical reports, datasets, maps, supplementary materials, and popular products, is accessible at here. 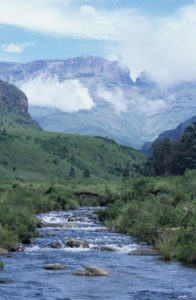 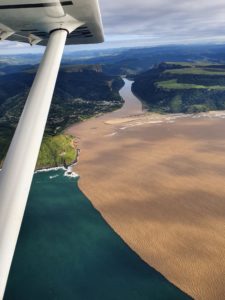 Sediment-rich water flowing from rivers into the sea, like this Mzimvubu River plume, provides benefits such as nutrients for fish and sand for beaches. © Darren Hanner