Skip to content
Home » News Room » SONA 2020: We need to highlight the links to biodiversity 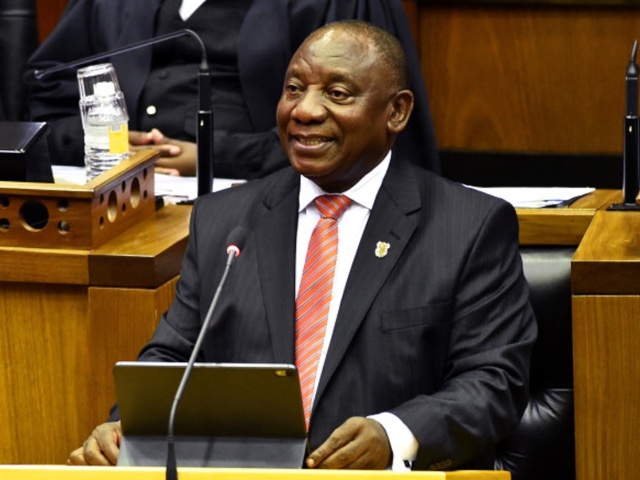 Aside from mentioning the fact that South Africa has an exceptional wealth of plant and animal diversity, President Cyril Ramaphos’s State of the Nation Address (SONA) did not reveal the importance of biodiversity to sustainable societies, economic development, job creation and food security.

Foundational Biodiversity Information Programme (FBIP) Project Manager Prof Michelle Hamer says that amid the overwhelming challenges facing South Africa it is understandable that biodiversity conservation is very low on the list of priorities for attention. However, she laid down the gauntlet for the biodiversity sector and its related role-players.

“The challenge is for scientists, funding programmes like the FBIP, science communicators, the relevant government departments, institutions like the South African National Biodiversity Institute (SANBI), and museums to address the challenge of ensuring that research contributes to finding solutions to our challenges and that there is a better understanding amongst all of society of the significance of biodiversity,” she said post-SONA.

‘As good as it gets’

From a biodiversity point of view, the President’s pronouncements on climate change is as good as it gets. The President cited a request from Ayakha Melithafa, a young climate activist from Eerste Rivier who attended the World Economic Forum (WEF) in Davos this year to call on world leaders to stand firmly for climate justice.

“Ayakha asked me to make sure no African child is left behind in the transition to a low-carbon, climate resilient and sustainable society; and it is a promise I intend to keep. The Presidential Commission on Climate Change will ensure that as we move towards a low carbon growth trajectory that we leave no one behind.

“We will finalise the Climate Change Bill, which provides a regulatory framework for the effective management of inevitable climate change impacts by enhancing adaptive capacity, strengthening resilience and reducing vulnerability to climate change – and identifying new industrial opportunities in the green economy.

“Humankind faces its greatest existential threat in the form of climate change, and the Presidential Commission on Climate Change would ensure that as the country moved towards a low carbon growth trajectory nobody would be left behind,” he said.

A major issue, said Hamer, is the lack of connection between biodiversity, functioning and well protected ecosystems – and climate resilient and sustainable societies.

The bedrock of other sectors

The President also stated that agriculture is one of the industries with the greatest potential for growth. Biodiversity plays a critical role in agriculture – fertile soils, water, pollination, grazing for livestock are just some of the services provided by healthy biodiversity, that are critical to sustainable agriculture and that reduce the input costs required when natural systems collapse – e.g. when inorganic fertilizers have to be used, when feedlots replace natural systems and large quantities of antibiotics and growth supplements are required.

Hamer said that the speech focused on technological opportunities for the economy, and biotechnology based on biodiversity, and there is potential for new product development from plants and microbes which can contribute to addressing unemployment and poverty.

Tourism is a perennial focus for transformation and economic development, and it too, has a strong link to South Africa’s wealth of unique biodiversity.

The President said his cabinet was working with the Agricultural Research Council (ARC) and other scientific and agricultural bodies and had developed drought mitigation strategies focusing on developing drought resistant seeds, planting and storing fodder, removal of invasive plants and management strategies to prevent soil degradation.

Hamer says biodiversity is critical in all these activities, and encourages the biodiversity research community to take responsibility for highlighting the links.

It is widely accepted that biodiversity and biodiversity-based ecosystem services are intrinsically linked to prevailing climatic conditions and it is a scientifically proven fact that climate change poses a major threat to biodiversity in South Africa and the African continent at large.

Recent studies have shown that multiple components of climate change are projected to affect all levels of biodiversity, from genes to species to the macro-biome levels. A 2018 study published in the journal Ecosystem Health and Sustainability reported that the loss of biodiversity as a result of climate change could alter the structures and functions of African ecological systems.

“As a result, the provision of biodiversity-based ecosystem services and the well-being of people that rely on these services are being modified – of particular concerns are “tipping points” where the exceedance of ecosystem thresholds will possibly lead to irreversible shifts of the structure of ecosystems and their services,” the study reported.

Biodiversity and healthy ecosystems provide us with essential services – pollination of crops, a regular supply of clean water, and prevention of flooding and soil erosion. It is also important as a safety net in rural areas, where communities often depend directly on biodiversity for survival – hunting, fishing and harvesting for food, medicine and shelter.

While highlighting the “intrinsic value” of biodiversity, the Department of Environmental Affairs (DEA) explains that biodiversity provides an important basis for economic growth and development.

“A recent estimate of the value of ecosystem goods and services to the SA economy places it at R73 billion per annum, equivalent to 7% of the country’s Gross Domestic Product (GDP),” it says.

Climate change policy is informed by key policy-guiding documents like the NBA and those produced by international initiatives like the Intergovernmental Science-Policy Platform on Biodiversity and Ecosystem Services (IPBES), the Programme on Ecosystem Change and Society (PECS), and Future Earth.

Essential Biodiversity Variables (EBVs) are the mainstay of these initiatives and are defined as “the derived measurements required to study, report, and manage biodiversity change, focusing on status and trend in elements of biodiversity – and should play the role of brokers between monitoring initiatives and decision makers”.

EBVs include species occurrence, population abundance, and phylogenetic/DNA information. Hamer says this type of information is often referred to as “fundamental” or “foundational” because it forms the basis of so many other aspects of biodiversity research and decision-making.

“These data sets are critical for ecosystem mapping, monitoring and reporting on the state of biodiversity and for understanding and mitigating the impacts of global change,” Hamer says, adding that the link to policy is often indirect.

Projections show that by the time we get close to complete inventories and distribution maps for all species, most of it could have disappeared – the current rate of new species discoveries and documentation of biodiversity is way too slow to expect that this is a realistic objective.

“Unless we become more strategic in what we do as scientists, there will be no change to recognition of the importance of biodiversity,” Hamer says.

To address these strategic knowledge gaps, the Global Change Programme under the aegis of the Department of Science and Innovation (DSI), has dedicated funding for the Foundational Biodiversity Information Programme (FBIP). The Programme is jointly managed by SANBI and the National Research Foundation (NRF).

The programme has been running since 2013 and has made a significant contribution to the generation, management, and dissemination of appropriate foundational biodiversity information for decision-making.

Some of the large scale projects funded include: