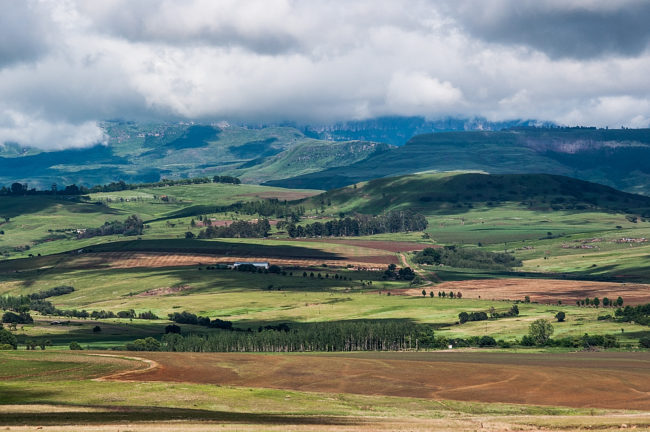 Over the past three decades, South Africa’s landscape has changed in its land cover and land use patterns. Understanding these changes, over space, across time, and in combination with changes in the country’s terrestrial ecosystems, provides insights that can inform planning and decision-making across a range of sectors from national through to local levels.

This is what South Africa’s first Land and Terrestrial Ecosystem Accounts, 1990 to 2014, provide. Published by Statistics South Africa (Stats SA), in collaboration with the South African National Biodiversity Institute (SANBI) and the Department of Environment, Forestry and Fisheries (DEFF), it is the first document in Stats SA’s new Natural Capital series.

“This publication is the culmination of a multi-year, multi-project partnership between Stats SA and SANBI in taking forward environmental accounting in South Africa”, said Gerhardt Bouwer, Chief Director: Independent Assessment Unit at Stats SA. Stats SA has a long history of producing economic and social statistics and is also endeavouring to produce environmental statistics that are vital for supporting sustainable development. “This is only possible through partnerships with government departments and other public entities. By working together to produce quality accounts, we can bridge silos in government and transform how we produce, coordinate and use statistics”, added Mr. Bouwer.

Land and terrestrial ecosystem accounts form part of a growing field called Natural Capital Accounting (NCA). “Just as we have a system of national economic accounts to measure GDP and the population census to measure social trends, we can use natural capital accounts to measure changes in the natural environment and how they impact on people and economy. Especially in South Africa, with our abundance of biodiversity and ecological infrastructure, it’s important to understand how these assets contribute to national development goals and where they might be at risk.” explained Mandy Driver, Senior Biodiversity Policy Advisor at SANBI.

The accounts make use of an internationally recognised framework, developed by the United Nations, called the System of Environmental-Economic Accounting (SEEA). It allows for accounting for natural capital of different kinds (water, energy, minerals, and ecosystems to name a few) across time scales and geographic areas (from national to local levels).

NCA Project Manager at SANBI, Aimee Ginsburg, added that, “using a measurement framework that provides consistent concepts and rigorous methods produces credible evidence at regular time intervals. In turn, this can supplement other social and economic data, which provides the basis for robust indicators to support planning and decision-making”.

The land and terrestrial ecosystem accounts are presented as accounting tables accompanied by maps and graphs that draw out key indicators from the accounts. They include multiple land uses (such as urban and cultivated areas) and multiple ecosystem types (such as grasslands, savannas and fynbos), and can be used to identify trends at the national level and also at finer scales (such as provinces and municipalities).

The first part of the document outlines changes in land cover patterns at national, provincial and district municipal levels. Mpumalanga, for example, has the highest net change in mining area from 1990 to 2014 compared to other provinces, with a 74% increase in mining land cover between 2014 and 1990. In contrast, the national increase in mining area during this time was 16%. Changes in commercial cultivation provide another example of changing land cover at national and provincial levels.

The second part of the document provides information about the state of South Africa’s terrestrial ecosystems and how this has changed from their historical state (before people began modifying the landscape intensively). A key indicator of this change is the Ecosystem Extent Index. “The Ecosystem Extent Index tells us what proportion of each ecosystem type remains in a natural or semi-natural state relative to its historical distribution. This is useful for identifying ecosystem types that have had large declines in extent, which in turn can impact on biodiversity and the benefits that those ecosystems provide for people and the economy”, explained Mandy Driver.

An example is South Africa’s grassland biome, which covers portions of Mpumalanga, Gauteng, Free State and KwaZulu-Natal and plays a crucial role in the provision of water. The Ecosystem Extent Index shows that only two thirds of this biome remain under natural or semi-natural land cover, suggesting that its ecological functioning is at risk. Substantial areas of grassland have been replaced by intensive land uses such as forestry plantations and cultivation, which impact on water quantity and quality.

These accounts are not only an important national milestone for Natural Capital Accounting in South Africa, they also make an important contribution at continental and international levels. “The development of these accounts provides a valuable tool to measure progress on the implementation of national strategies such as the National Biodiversity Strategy and Action Plan and National Biodiversity Framework” explains Kiruben Naicker, Acting Chief Director: Biodiversity Monitoring and Specialist Services at DEFF. Further, the accounts can provide information towards monitoring the achievement of national development objectives, such as those in the National Development Plan and National Spatial Development Framework.

They also speak to regional priorities articulated in the African Ministerial Conference on the Environment, African Union. As Cecilia Njenga, Head of the UN Environment office in South Africa explains, “Every year Africa experiences large losses of its natural capital through illicit financial flows, illegal mining, illegal logging, illegal trade in wildlife, unregulated fishing, environmental degradation and loss among others. Work such as these accounts demonstrates the practical application of tools and approaches through which mainstreaming of natural capital is possible at the national level. In turn, it allows African countries to drive action towards the achievement of the 2030 Agenda on Sustainable Development, Sustainable Development Goals and the African Union Agenda 2063”

At a global level, accounts provide information that can be used to report on the UN’s Sustainable Development Goals, particularly SDG6 Water, SDG14 Life under Water and SDG15 Life on Land. As Tshifhiwa Munyai, Deputy Director: Biodiversity and Climate Change at DEFF explains, “we anticipate that accounts will form a critical tool for reporting on the Post 2020 Global Biodiversity Framework to be adopted during the upcoming Conference of Parties for the Convention of Biological Diversity (CBD COP 15) in 2021”.

The Land and Terrestrial Ecosystem Accounts were developed as part of the Natural Capital Accounting and Valuation of Ecosystem Services (NCAVES) project, which is co-led by Stats SA and SANBI in South Africa. Globally the project is led by the United Nations Statistics Division (UNSD) and UN Environment (UNEP) with funding from the European Union, which gives it global significance. The other countries participating in the project are Brazil, China, India and Mexico.

South Africa’s participation in the NCAVES project is contributing to revising the experimental guidelines for ecosystem accounting that were first published in 2014, so that they can be adopted as a global standard by the United Nations Statistical Commission in 2021. “The South African experiences with compiling land and ecosystem extent accounts have been an important input into the revised SEEA Ecosystem Accounting”, said Bram Edens, NCAVES Project Manager at UNSD.”

“The publication of these accounts is particularly significant for the international community at this time, as we are in the final phase of completing the SEEA Ecosystem Accounting and mainstreaming it as part of official statistics. It clearly demonstrates that land and ecosystem accounts can be compiled and that they provide a wealth of information to support policies. The culmination of the collaborative work led by Statistics South Africa should be taken as an example for other countries to follow”, said Alessandra Alfieri, Chief Environmental Economic Accounting Section at the UNSD.

Stats SA plans to publish more accounts in the Natural Capital series. Upcoming accounts will include accounts on land-based protected areas, and accounts on rhinoceros and cycad species.

The Land and Terrestrial Ecosystem Accounts, 1990 to 2014 are available on the Stats SA website. More information about SANBI’s work in NCA in South Africa can be found here or contact SANBI’s NCA Project Manager, Aimee Ginsburg.

Land and terrestrial ecosystem accounts give insight into changes over time in South Africa’s landscapes, such as this grassland and agriculture landscape.