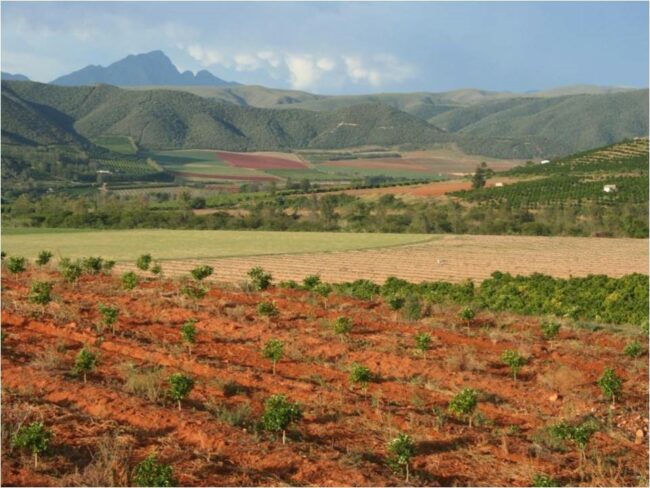 The Minister of Forestry, Fisheries and the Environment, Ms Barbara Creecy, has published the Revised National List of Threatened Terrestrial Ecosystems in Government Gazette 47526 (Notice No. 2747) in terms of the National Environmental Management: Biodiversity Act (NEMBA, Act No. 10 of 2004).

Details on the assessment methodology, input data used, and full results can be viewed at the following web portal: http://ecosystemstatus.sanbi.org.za

The list, first published in 2011, has been substantially revised by SANBI’s Dr Andrew Skowno and Mrs Maphale Monyeki following years of research. It incorporates the best available information on terrestrial ecosystem extent and condition, pressures and drivers of change. The revised list (known as the Red List of Terrestrial Ecosystems 2021) is based on assessments that followed the International Union for Conservation of Nature (IUCN) Red List of Ecosystems Framework (version 1.1) and covers all 456 terrestrial ecosystem types described in South Africa (Mucina and Rutherford 2006; with updates described in Dayaram et al., 2019).

This new list has particular importance for Environmental Impact Assessment practitioners, as it is linked to Listing Notice 3 published under the National Environmental Management Act, 1998 (NEMA, Act No. 107 of 1998). Some of the activities listed in Listing Notice 3 require environmental authorisation when they are carried out in a threatened ecosystem as identified in the list. Spatial planners at provincial, district and municipal level also make use of the list to identify areas that are a priority for conservation or areas where development can take place with minimal impact on threatened ecosystem types. South Africa reports on the status of threatened ecosystems in the National Biodiversity Assessment, and for international treaties such as the Convention on Biological Diversity.