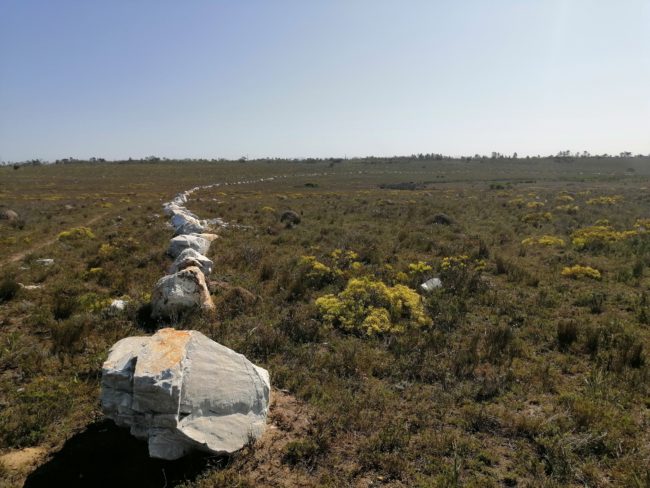 The Biodiversity and Land Use project and its partners are developing a Biodiversity Management Plan for Ecosystems, a first in the country. South Africa supports an exceptionally rich biodiversity, demonstrated in the nearly 460 unique vegetation types recognised at national level. This number gets even higher when considering municipal vegetation descriptions. A large number of vulnerable ecosystems are located on privately owned property, which makes its management particularly challenging.

It is, therefore, imperative that cooperative management tools be developed and utilised in order to achieve the nation’s biodiversity targets. Biodiversity Management Plans could be one such tool. However, this tool has not been used at the ecosystem level as yet but has proven valuable to the management of individual species.

What is a Biodiversity Management Plan for Ecosystems (BMP-E)? In its most simple form, a BMP-E is a contractual agreement between landowners, regional conservation authorities, and national government; stipulating that a series of predefined management actions will be undertaken over a period of five years. This offers landowners the opportunity to work together with conservation authorities to become biodiversity stewards.

But are landowners willing, and why have no BMP-Es been implemented? Currently, SANBI and the Nelson Mandela University (NMU) with support from Eastern Cape Department of Economic Development, Environmental Affairs and Tourism and Eastern Cape Parks and Tourism Agency are working together to identify potential roadblocks in the development of a BMP-E with the aim of streamlining the process and thus increase the tool’s utility.

Through a collaborative research project between SANBI’s Biodiversity and Land Use (BLU) project and the NMU, in Port Elizabeth, a pilot BMP-E is underway and a list of potential ecosystems has been narrowed down to a Critical Biodiversity Area located within the urban fabric of the Nelson Mandela Bay Metro. The team has made great strides in defining the various scales at which BMP-Es may be suitable and when an alternative management strategy may be a better choice.

For example, a BMP-E may not be the best tool for managing a river catchment with many landowners. The ecosystem under investigation consists of a number of biodiversity features including critically endangered vegetation types, threatened species, and sensitive freshwater systems that are in need of management.

The team has experienced positive interest and excitement from landowners, who recognise the value of this ecosystem, and have informed the team of a number of biodiversity threats that the ecosystem faces. Including the disappearance and displacement of local fauna due to water pollution and the reduction in medicinal plant population densities due to unsustainable harvesting practices.

Additionally, this ecosystem has been identified as a target area for development in the city’s spatial development plan and the BMP-E must accommodate for future land use in addition to current biodiversity threats.

Following co-creative planning processes with stakeholders, the BMP-E aims to remediate the existing biodiversity threats and ensures that future development not only takes biodiversity into consideration, but actively creates opportunities to preserve threatened species and ecosystem functioning. In the coming months a number of stakeholder engagements will take place to determine the portions of the area that will be managed and define the specific management objectives and activities.

The insights gained from this project will facilitate the undertaking of future BMP-Es, increasing the national capacity to manage biodiversity with stakeholders at various levels. This work was initiated by the BLU project being implemented by SANBI with funding from the Global Environment Facility through the UNDP.