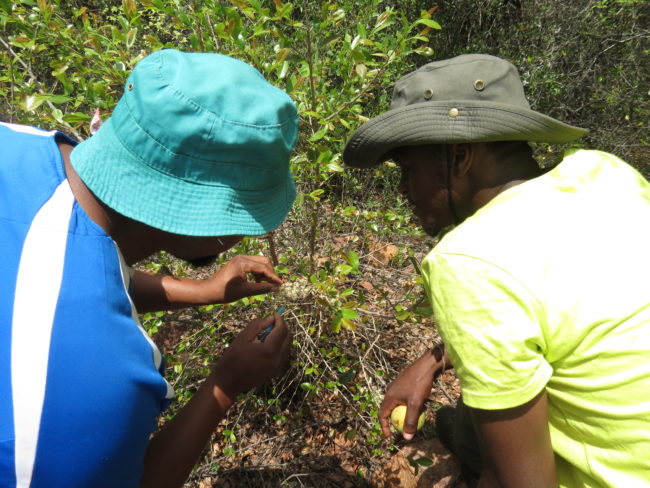 Kirstenbosch, together with Missouri Botanical Garden, embarks on a mission to save a critically endangered tree

Brackenridgea zanguebarica, commonly known as the yellow peeling plane or Mutavhatsindi, is a tree species found only in the Vhembe District of Limpopo. This small tree is also referred to as a “magic tree” and is highly sought after for its medicinal bark and roots.  Because of this it has been intensely exploited and its numbers are dwindling fast – experts estimate the population may be lost entirely within the next 15 years.

Due to its restricted occurrence and rarity, Mutavhatsindi has been listed as critically endangered in the Red List of South African Plants. The current rate of decline is not precisely known, but between 1990 and 1997 the South African population shrunk by 86%, from 140 trees per hectare to only 25 trees per hectare.  In 1987 a nature reserve was established to try and protect this species; however it has been ascertained that the area is too small to support a viable population of this tree. 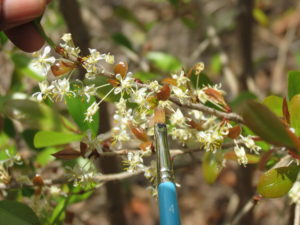 Now, in collaboration with the Missouri Botanical Garden in USA, and the University of Venda in Limpopo, and with funding secured through the BGCI/ArbNet Partnership Programme, Mpendulo Gabayi, a conservation horticulturist and tree expert at Kirstenbosch National Botanical Garden, is attempting to save this threatened species by propagating it from seeds and cuttings – something that has not been done successfully before, but which is essential if we are to save this tree.

“No one has even been able to successfully propagate Mutavhatsindi and this has raised a huge concern – knowing that this tree is declining.  It is thought that all propagation attempts fail as the seeds are suspected to be parasitized and are unable to break dormancy.  Stem cuttings taken also fail to root,” explains Gabayi.

“We have decided to prioritize the survival of this species in South Africa by trying all means possible to have the tree in cultivation and recently embarked on a trip to Limpopo to begin the process of harvesting the seeds to attempt propagation, establish new propagation protocols, and have ex-situ collections in other National Botanical Gardens around the country – and hopefully restore the population in its natural habitat.” 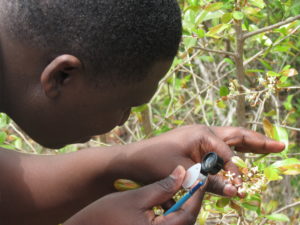 “With the assistance of the Millennium Seed Bank Partnership we spent some time in Limpopo hand pollinating the flowers of this tree using a small paintbrush.  This is a manual transfer of pollen from the anther or male organ to the stigma or female organ of the flower for the purpose of increasing fertilization.  Every effort was made to ensure that we prevented any potential seed parasitism and that the seeds can be collected in good condition. Genetically representative samples of DNA were taken from the trees and all the existing trees were mapped in maternal line.  This information was all documented and will be stored in the Living Collections Management System at Missouri Botanical Garden alongside the genetic material which can be accessed for future studies.”

“We will be returning to Limpopo in the second week of December to harvest the Mutavhatsindi seeds that we pollinated by hand and will then begin the process of propagation in the new year.  50% of the seeds will be sent to the Missouri Botanical Garden.”

Gabayi explains that in order to succeed in the cultivation efforts different propagation methods will be used.  “Seed viability testing will be done before the experiment takes place, and to break seed dormancy different pre-treatment methods, such as chemical and mechanical treatments, will be explored.  Different concentrations and combinations of rooting hormones will also be tried.  We are anticipating and wishing for the best possible outcome in order to ensure the survival of this species.”

These efforts to save this declining tree species form part of Gabayi’s Masters in which he is looking at in-vitro root culture for medicinal compounds found in the roots of Brackenridgea zanguebarica, as well as two other endangered trees: Warburgia salutaris and Prunus africana.  “I hope that my findings will assist and inform the conservation, pharmaceutical, and biotechnology industries.” 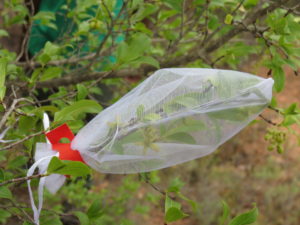 Kirstenbosch Botanical Garden forms part of a network of exceptional National Botanical and Zoological Gardens that exist across the country which are managed by the South African National Biodiversity Institute (SANBI).

“SANBI’s overall mandate is ‘To explore, reveal, celebrate, and champion biodiversity for the benefit and enjoyment of all South Africans’. To this end, conservation projects such as this one, which plays an integral part in the protection and survival of indigenous trees, are essential,” concludes Gabayi.

For more information on the conservation efforts and unique species found at Kirstenbosch, click here.