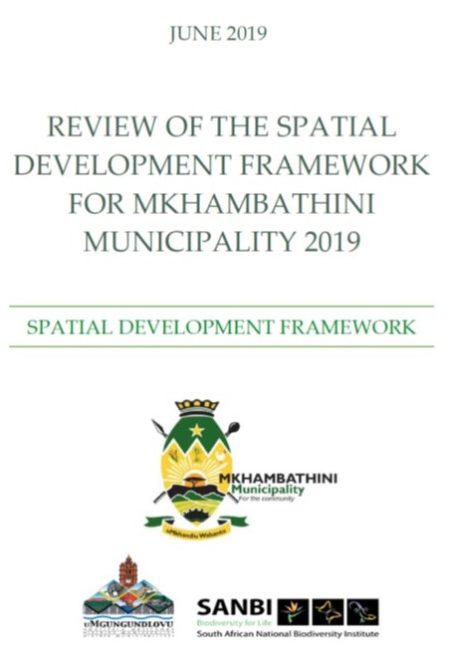 Getting environmental layers included in municipal Integrated Development Plans (IDPs) with the aim of producing Spatial Development Frameworks (SDFs) that comply with protocols developed under the Spatial Planning and Land Use Management Act (SPLUMA), is one of the ways the Biodiversity and Land Use (BLU) project aims to improve land use regulations. uMgungundlovu District Municipality (uMDM) is one of the four districts in which the project is being implemented, where a number of its municipalities have included environmental layers in their SDFs.

Priority biodiversity was included into these SDFs, including Protected Areas (PAs), Critical Biodiversity Areas (CBAs), Ecological Support Areas (ESAs), Rivers and Wetlands.   These biodiversity priorities have been incorporated into spatial planning categories, which will help support future protected areas expansion, help with the prioritisation of environmental restoration projects and will further potentially lead to job creation.

The District falls in a global biodiversity hotspot, the Maputaland-Pondoland-Albany hotspot; and comprises of high yield water catchment areas, with numerous Freshwater Ecosystem Priority Areas. However, water demand for the municipality and downstream users exceed supply. The area consists of a mix of land uses on commercial livestock farming and has a strong emphasis on tourism, thus striving to maintain its Blue Drop and Green Drop Status.

The environment provides a number of essential ecosystem services that can aid municipalities in delivering services to communities that are essential for economic growth, such as the provision of clean water, for example.  Thus the inclusion of biodiversity priorities in municipal planning tools such as the IDP is crucial in order to ensure effective management and regulation of the natural resources within these landscapes.

The uMkhambathini Local Municipal SDF has now been completed and was adopted by Council on the 27 June 2019 and subsequently published in the Provincial Gazette for implementation. Due to the nature and quality of this SDF, the KZN Department of Agriculture, Rural Development and Land Reform (formally the Department of Rural Development and Land Reform) is supporting the uMkhambathini Local Municipality with developing a wall to wall Land Use Management Scheme, and SANBI is providing technical support for the Scheme.

The Land Use Advisor, Mr Mxolisi Ngubane said that ’working at a municipal scale to incorporate biodiversity into SDFs, LUS and IDPs is crucial as it provides the municipality with an opportunity to identify areas that need interventions for restoration and align that with possible job opportunities that may be created for communities.

It also shows possible future protected areas expansion and buffers indicating the areas with high risk of disasters so that the municipality can plan in a way that cater for risk prevention/reduction prior a disaster event and that minimizes municipal costs of responding to the impact of a disaster event. Working with various stakeholders in doing this work helps other stakeholders to identify the areas/opportunities of investments for their future projects which will respond to the needs of the municipality”.

For more information on the development of SDFs in uMDM, please contact Mxolisi Ngubane via email at m.ngubane@sanbi.org.za