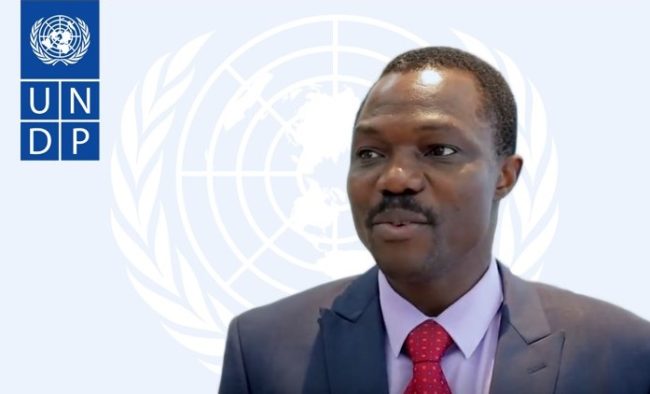 The United Nations Development Programme is proud to announce the return of Dr Ayodele Odusola to South Africa, this time as Resident Representative. Dr Odusola served as Senior Economist for UNDP South Arica a decade ago. He assumed office in his new role in Pretoria on 24 June 2019.

Dr Odusola who is the former Chief Economist and Head of Strategy and Analysis for UNDP Regional Bureau for Africa team in New York will be taking over from Mr Walid Badawi who was the former Resident Representative, for UNDP South Africa.

This change comes into effect after the United Nations Development System (UNDS) reform revamped regional structure approach to establish an impartial and independent Resident Coordinator who will function separately from the Resident Representative.

Apart from providing technical leadership to the organization of the International Conferences of the Emergence of Africa and the Tokyo International Conference on Africa’s Development (TICADI, he is also the chair of the UNDP Corporate Technical team on the Least Developed Countries (LDCs) and Landlocked Developing Countries (LLDC’S). As an economist, Dr Odusola focuses on the dynamics of macroeconomics, structural economic transformation and development economics pertaining to the African continent.

Dr Odusola believes that South Africa is a strategic country not only in the African continent but in the world. His goal is to have South Africa seen as a catalyst for development in Africa and for the rest of the world. He proposes that the UNDP should accompany the Government and national partners to accelerate service delivery capacity, reduce income inequality and promote youth employability, whilst drawing from lessons learnt from comparative countries.

The Biodiversity and Land Use project, which focuses on Mainstreaming Biodiversity into Land Use Regulation and Management at the Municipal Scale, is being implemented by SANBI with funding from the GEF through the UNDP.