Skip to content
Home » News Room » What is so special about marine fish? 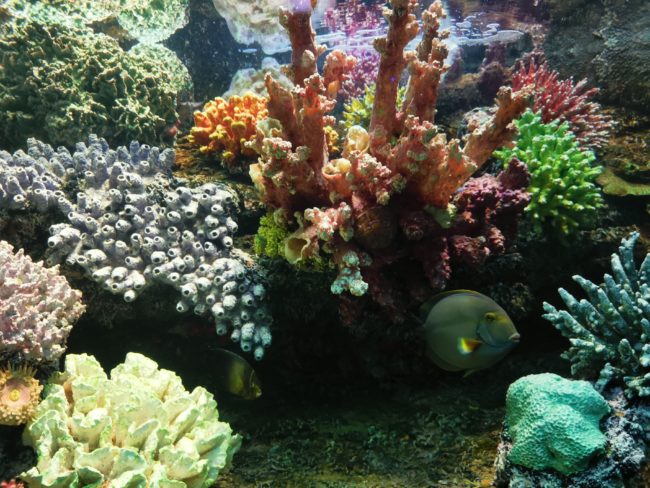 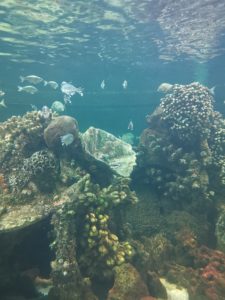 1. Not all marine fish are the same – they are divided into herbivores, carnivores and omnivores each requiring different types of food.

3. Fish can drown in water – fish need oxygen, and they can suffocate and drown as they require a consistent intake of oxygen to survive. Their gills absorb oxygen from water molecules as water passes through the gill membranes. 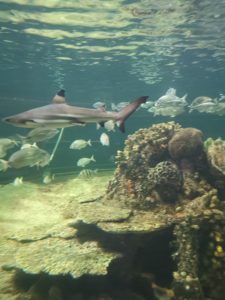 4. Sharks are the only fish that have eyelids- All sharks have at least two eyelids, an upper lid and a lower lid; however, these eyelids can’t move, which means sharks can’t blink.

5. Blacktip female sharks are capable of self-reproduction -This phenomenon is called Parthenogenesis and results in the production of female offspring. This happens only when a female cannot find a partner for reproduction. 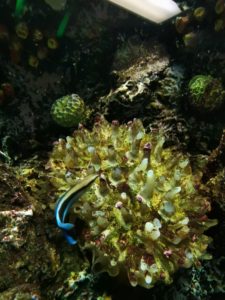 6. The blue streak cleaner wrasse changes sex from female to male- In the wrasse family (Labridae), the largest female of the harem will change into a male and will take over the harem when there is a loss of the dominant male

7. Most Wrasse bury themselves in the sand at night to sleep and can also perform this behaviour when threatened or startled. 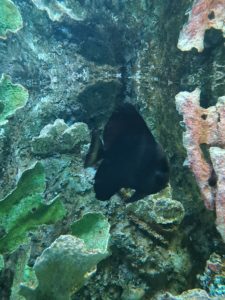 8. The batfish plays dead when danger is near- when a batfish feels scared or threatened it floats motionless on its side making it look like a dead leaf floating on the surface of the water. 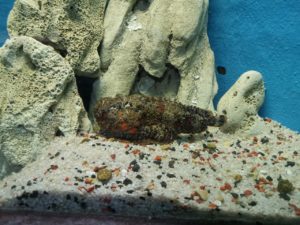 9. The most poisonous fish in the world is the Stone fish. Its sting can cause shock, paralysis, even death if not treated within a few hours. 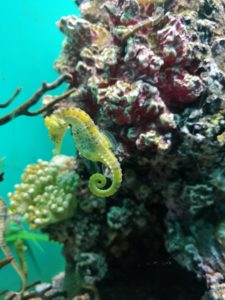 10. Seahorses are the only fish that swim upright.

11. The Syngnathidae family of fish which include Male seahorses, pipefish, and sea dragons are the only species on earth, where the males give birth to their offspring.

12. A baby seahorse is called a “fry” and they are tiny replicas of the parents. 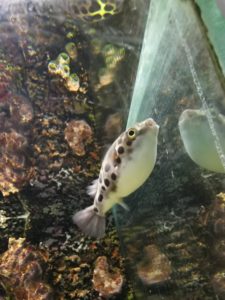 13. The green spotted puffer’s teeth never stop growing. Puffers have strong teeth that grow throughout their lives and need to eat hard shelled foods in order to wear them down. 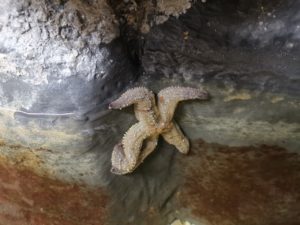 14. Jellyfish and starfish are not fish at all. Since they do not have a back bone they belong to a group of species called invertebrates.