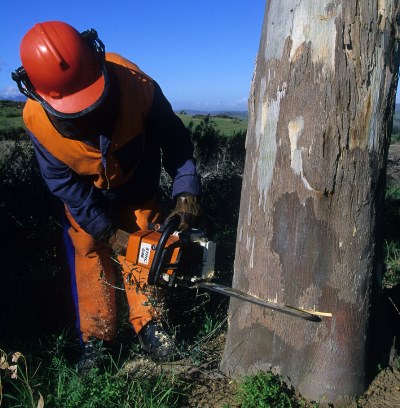 Landowners farming along the banks of the Breede River know all about the threats created by invasive alien plants. For them, the year 2008 is a stark reminder of how invasive species can prove costly.

During the month of November 2017, the area was hit by a flash flood. Because the river wasn’t working as it should – due to heavy invasive plant species infestation – once the floodwaters had subsided, the agricultural sector across the Western Cape Province was left with a bill amounting to R1 billion. Roads, bridges and valuable agricultural land was simply washed away due to blockages in the river caused by invasive plants which forced the river to divert its flow.

That was simply one of many warning bells for the Western Cape Department of Agriculture, LandCare division, which provided strong impetus for landowners, LandCare and other partners to start seeking solutions together.

The result was an innovative invasive alien clearing, restoration and greening project, driven by the LandCare team, along the banks of the Breede River. The plan was to clear thousands of hectares of densely infested riparian zone. But the project had an outcome the department hadn’t foreseen: the emergence of leaders from local communities who have in turn changed the lives of some of the most vulnerable members of society.

One such leader is 50-year old Linda Jansen. Linda, known as Aunty among her team, oversees three alien clearing teams in the Winelands, providing employment to 39 people. Her son, Leigh, and husband, Henry, each oversee their own teams.

‘Linda is the best. Her team is the best. She’s involved at the ground level. The farmers in this area are crazy about Linda’s team,’ said local farmer, Pieter Brink.

According to Jansen, ‘You work for what you receive. Nothing ever landed in my lap. But I believe you must love what you do and I love being in nature. It brings me closer to the Creator.’

Her love for the outdoors emerged at a young age, growing up on the maize landscapes of Stutterheim in the Eastern Cape. ‘During our school holidays, I worked the maize fields with other workers. That’s where I learned to speak isiXhosa. And here I developed my love for nature. We lived out of our garden and off the land.’

With a standard 8 qualification behind her name, she moved to the Western Cape aged just 18 where she worked as a nursing student, and later a seamstress. Aged 26, married with children, and working a full-time job, Linda studied and passed matric. But 18 years ago, she once again found a way to reconnect with nature, starting her own contracting business, called Lyn’s Valley. ‘It was never easy. I bought three chainsaws on credit. And only two years later could I buy my first vehicle, an Isuzu bakkie.’

Today Jansen owns three vehicles, as well as her home in Tulbagh. Throughout the journey, she has maintained her motto regarding money. ‘My real name is ‘saving’. I like to save. I don’t take a salary if I have debt. I believe in working responsibly with my finances.’

Jansen, in turn, passes this praise to those partners who launched the alien clearing work in the Winelands – in particular the LandCare team. ‘LandCare has helped to provide us work almost without interruption. And as a result, my dreams have come true. I bought a house, that’s thanks to LandCare. I can employ more people, and I can promote more supervisors, who earn a bit more money. People are proud of the work they do.’

Her vision is to pay off all her debt, and support her youngest son, now aged 16, to get the right qualifications to find a decent job. Then she’ll retire. ‘I don’t want anything from Lyn’s Valley – I want to hand it over to new contractors, to continue the work we’re doing.’

Until that time, Jansen will continue to still rise every morning before 05:00 – ‘I believe that everything and everyone should be on time’ – and work in the environment that she loves, with the people she cares so deeply for.