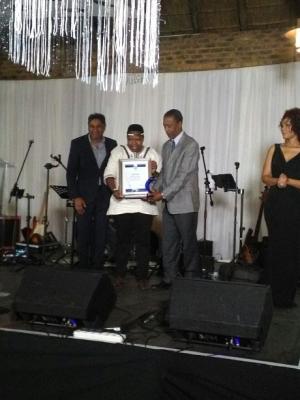 SANBI’s Namhla Mbona was presented with the Water Research Commission’s (WRC) Knowledge Tree award under the ‘Informing Policy and Decision Making’ category. Namhla was delighted to accept the award for outstanding work on her WRC projects with SANBI Management.

The WRC’s Knowledge Tree Awards are named after its strategic planning approach to research impact. The tree metaphor reflects strength in foundation, being firmly embedded in sound knowledg and growth. This is depicted by the branches and leaves growing vigorously from this knowledge.

The awards also serve as a yardstick with which to measure the WRC’s impact in key domains.

The ceremony was held during a symposium at Birchwood Hotel on the 18th of September 2017. The Symposium is held every two years with the aim of finding new ways to tackle the challenges of today and tomorrow, while maintaining existing resources. The 2017 theme was “Adaptation to the new normal”.

Namhla and her team have worked on projects such as  “Supporting better decision-making around coal mining in the Mpumalanga Highveld through the development of mapping tools and refinement of spatial data on wetlands” and “Enabling more responsive policy and decision-making in relation to wetlands through improving the quality of spatial wetland data in South Africa”. 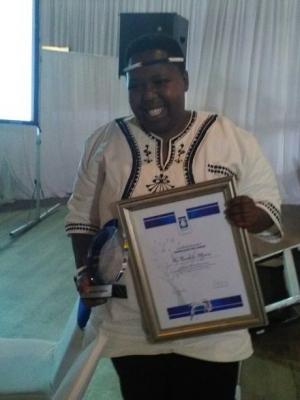