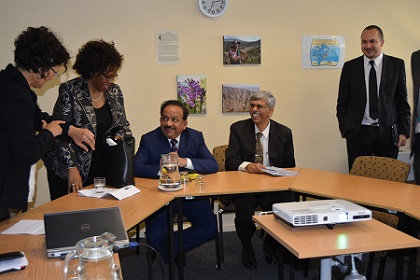 On the 5th of October 2017, the South African National Biodiversity Institute (SANBI) had the pleasure of hosting the Honourable Indian Minister of Science and Technology and Earth Sciences, Dr. Harsh Vardhan, at Kirstenbosch National Botanical Garden. The minister and his delegation were visiting the country to explore possible collaboration between India and South Africa.

SANBI’s executive management and senior scientists had an opportunity to present the wonderful work done within the organisation, and also took the delegation on a tour of the garden.

Addressing the delegation, SANBI Board Chairperson, Ms. Nana Magomola, expressed the organisation’s interest in collaborating with India in biodiversity and conservation efforts. She also pointed out that this will in turn strengthen the partnership that already exists between other South African and Indian institutions in various initiatives.

She also spoke of a previous collaboration between SANBI and the Wildlife Institute of India (WII) in a Global Facility funded project. The project investigated the reuse of biodiversity data collected by environmental impact assessments specialists.

It also provided an opportunity for the private sector to make a contribution to knowledge on the environment. As an incentive, the environmental impact assessment practitioners were given access to the full body of knowledge. SANBI developed the tool and was invited to the WII to share its experience.

From 2010 to 2014, SANBI also collaborated with India on the GEF/UNEP/FAO Global Pollination Project on Conservation and Management of Pollinators for Sustainable Agriculture, through an Ecosystem Approach. The global pollination project involved 7 countries and had research, capacity building and awareness raising components where all these countries got to share their experiences. 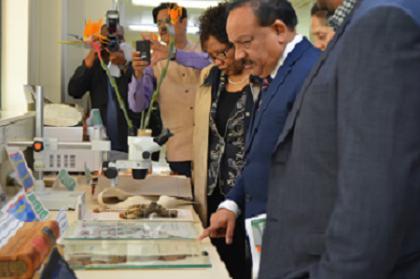 Together with the University of KwaZulu-Natal, SANBI is hosting Indian postdoctoral fellow, Dr. Sushant Sharma, for the next two years. Dr. Sharma is in the country to study the genus Sida in southern Africa (Family: Malvaceae), and is based at our KwaZulu-Natal Herbarium.

We look forward to collaborating further with India, with a common quest to achieve the Sustainable Development Goals adopted by the United Nations in 2015, particularly around Goal 15 on “Life on Land”, which aims to cease biodiversity loss. 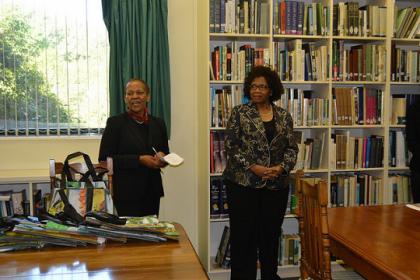