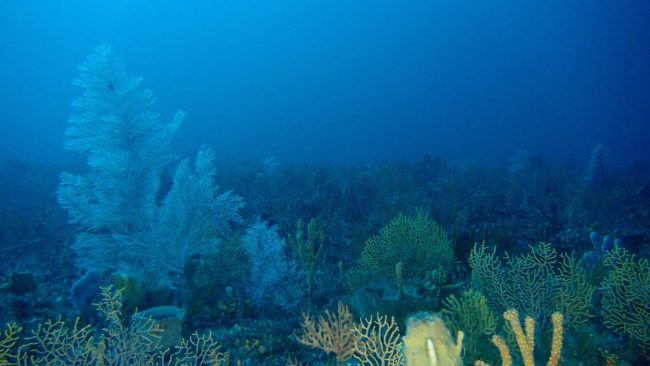 According to the recently released National Biodiversity Assessment, the 20 new Marine Protected Areas (MPAs) declared in 2019 added approximately 53 000 km2 to South Africa’s protected area network, an area more than twice the size of the Kruger Park. This expansion advanced ocean protection from less than 0.5% of the seas around South Africa to 5.4%. Now, 87% of the 150 marine ecosystem types around South Africa have some protection in just 5% of the ocean space.

This includes the first protection for 51 different ecosystem types. The tenfold leap in marine protection levels is great news and South Africa can be proud of its efforts to balance protection and economic development in an emerging oceans economy.

Dr Kerry Sink, head of the Marine Unit at the South African National Biodiversity Institute (SANBI, which brought out the National Biodiversity Assessment) noted that the key concerns raised during the marine assessment include the effects of cumulative pressures in our bays and muddy ecosystems, the threatened nature of several fish species found only in South Africa, and the crisis in inshore resources such as Abalone and West Coast Rock Lobster.

Despite the importance of fish for food and job security, many of our fishery resources in South Africa are overexploited or collapsed, or the stock status is simply unknown. “MPAs support fisheries sustainability by protecting breeding and nursery areas, which can help fisheries stocks to recover from overuse,” said Sink. “MPAs provide safe spaces in which fish can breed undisturbed, and protect spawning and nursery areas that let young fish mature into adulthood.”

In many fish species, the older and bigger the females get, the more fertile and productive they become. Where fish are allowed to mature undisturbed in no-take areas, the returns increase exponentially as their number of offspring increases. The young fish can then move outside the no-take zone to restock fishing areas. Internationally acclaimed research by South African scientists has demonstrated this spill-over effect in the Goukamma MPA.

MPAs also support climate resilience by keeping shorelines healthy and reducing the risks of disasters such as extreme weather events, tsunamis and sea level rise. Exciting new research from South Africa has shown how fishes from a well-managed MPA cope better with changing temperatures than fish outside of protected areas because their protection has helped maintain the genetic variability that species need to adapt to climate change. MPAs also help us understand what healthy ecosystems should look like and provide scientific benchmarks to detect and measure change.

For more information on the National Biodiversity Assessment

The National Biodiversity Assessment (NBA) is the primary tool for reporting on the state of biodiversity in South Africa. It is used to inform policies, strategies and activities for managing and conserving biodiversity more effectively. The NBA is led by the South African National Biodiversity Institute (SANBI) as part of their mandate to monitor the status of South Africa’s biodiversity. The NBA was undertaken between 2015 and 2019. It involved extensive collaboration from over 470 individuals representing about 90 organisations. The full suite of NBA products, which include a synthesis report, seven technical reports, datasets, maps, supplementary materials, and popular products, is accessible here.

(4) Only 19 ecosystem types remain Not Protected including the Cape Lower Canyon which is vulnerable to impacts from trawling and seabed mining © Department of Environment, Forestry and Fishery Benthic Ecology Team.

(5) Some ecosystem types did not improve in terms of protection levels. Although False and Walker Bay are threatened ecosystem types they remain Moderately Protected. Poaching needs to be reduced and protection increased in order to improve this status of this ecosystem type © Peter Chadwick.

(6) The map of marine ecosystems was compiled based on thousands of new and historical data points including visual seabed survey sites sampled by this Remotely Operated Vehicle ©ACEP.