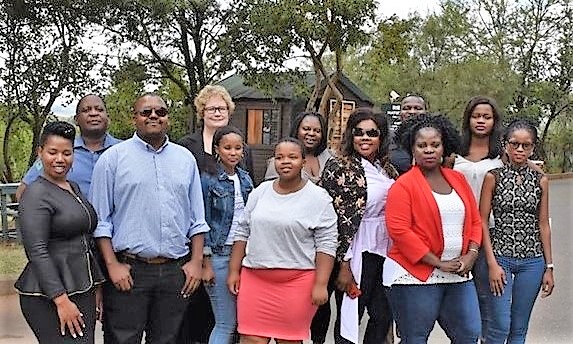 The South African Local Government Association (SALGA), with support from the South African National Biodiversity Institute (SANBI), launched the Local Government: Biodiversity Learning Network on 27 March 2019 at the Pretoria National Botanical Gardens. The Network aims to be a platform which brings together various environmental management professionals from the different spheres of government, particularly local government, to discuss challenges and lessons learnt from implementing biodiversity related projects.

A number of municipal representatives were in attendance, as well as a councillor from the City of Johannesburg, and one NGO (the Association for Water and Rural Development from Hoedspruit). Municipal representatives present included those that are part of SANBI’s Biodiversity and Land Use (BLU) Project, namely the uMgungundlovu District from Kwa-Zulu Natal and Ehlanzeni District from Mpumalanga who were able to share what the Project has been able to achieve in their municipalities.

The first meeting of the Network centered on the challenges municipalities are facing in relation to the implementation of biodiversity related projects and kicked off with a presentation around what biodiversity is and how the Map of Critical Biodiversity Areas can be mainstreamed into various municipal planning processes.

South Africa has a vast wealth of biodiversity that provides a number of benefits that are essential for economic growth and social development. Municipalities have an increasingly significant role to play in protecting this important biodiversity while addressing high levels of poverty and unemployment and service delivery.

The BLU project is focused on supporting municipalities to effectively regulate land use and environmental management, in order to ensure that biodiversity continues to provide essential ecosystem services to municipal residents. A number of activities are being undertaken by the BLU project towards the above mentioned project focus.

The Network concluded with a site visit to Rietvlei Nature Reserve in Pretoria, which is one of the largest urban nature reserves in South Africa. The reserve is responsible for producing 15% of Pretoria’s drinking water and also runs a rhino breeding programme.

For this first meeting of the Network, only the Northern provinces were invited due to the logistical challenges of bringing together municipalities from all over the country.

For more information on the BLU project click here