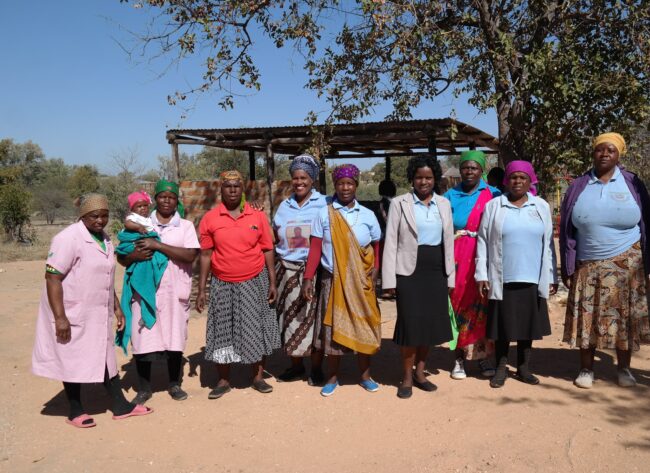 Climate Change is a current lived reality for many communities around the world, in Africa and South Africa alike. We have all seen, heard, read or even experienced the impact of Climate Change, especially as reporting on climate change events have gained prominence in the mainstream media and on social media platforms. Changes in weather patterns including severe drought, floods, increased temperatures and frequent fires is often a consequence of climate change. The more recent example is the devastating floods that took place in Kwa-Zulu Natal, Eastern Cape and North West provinces this year, which will take the people, households, communities and local economies in these areas years to rebuild.

As we are grappling with finding effective and efficient approaches to mitigate and adapt to climate change, there is a strong movement growing internationally and nationally to ‘put women in their place’ – next to their counterparts. In seats at the decision making table, policy making table, planning table, budgeting table, participating and leading implementation, and so forth, at all levels, in all sectors and in all spheres of society. If we want to effectively address the Climate Change crisis, the participation of women at all levels of society and government is non-negotiable. This sentiment is echoed in an article by the World Economic Forum titled ‘why women’s leadership is key to climate action’, and in the theme for the 2022 National Women’s Day – ‘Generation Equality: Realising Women’s Rights for an Equal Future” – SA Gov , as well as in the 2022 International Women’s Day theme ‘Gender equality today for a sustainable tomorrow’ – UN Women

In line with SANBI’s broader transformation goals, the Adaptation Policy and Resourcing (APR) Division is committed to achieving gender equality and contributing to the gender mainstreaming plan for the environment sector. The APR Division ensures that women benefit from the projects it has implemented. This was achieved through its Community Adaptation Small Grants Facility project, a small grants facility which enabled local level responses to climate change. This project, which was funded by the Adaptation Fund and concluded in 2021, was implemented in the Namakwa District in the Northern Cape Province and the Mopani District in the Limpopo Province. A significant outcome was that 56% of the beneficiaries of the twelve small grant projects that were implemented were women. 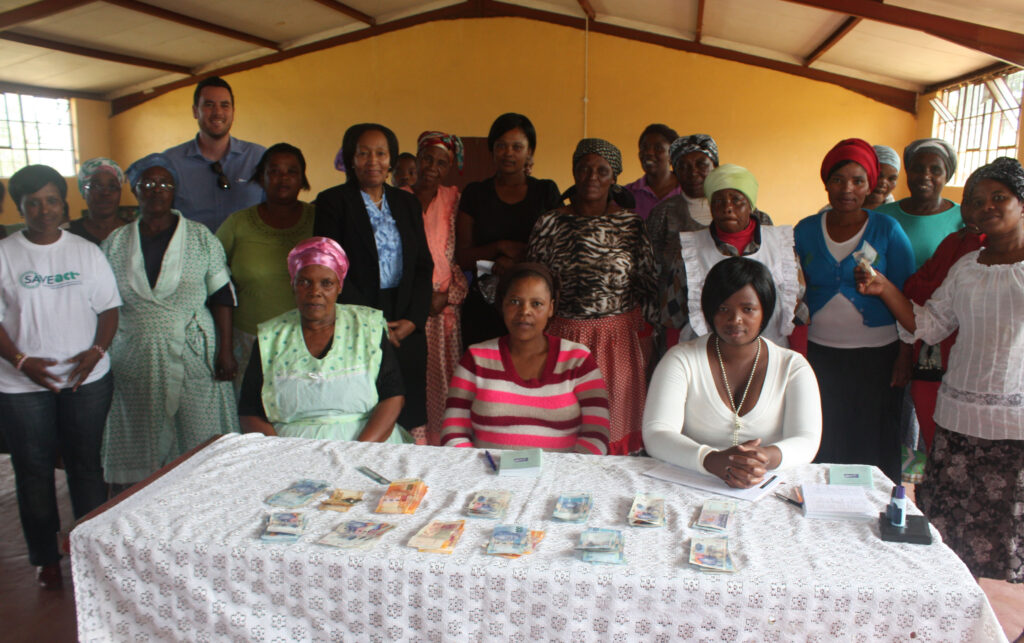 Members of a Savings Group in Leliefontein (Northern Cape) which was established through the Small Grants Facility project to help project beneficiaries adapt to climate impacts.

Communities who are dependent on natural resources for subsistence and economic farming, typically in rural areas, are at the forefront of experiencing the negative impacts of climate change. Of the twelve small grant projects, seven were Climate-Smart Agriculture projects. This small grant project was responding to the decline in food production, malnutrition and increased poverty rates in an already vulnerable community, due to crop failure as a result of climate change. Fifty-four percent of the beneficiaries of these climate smart agriculture projects were women. In the Mopani District’s ‘Small Scale Vegetable Gardening Under Controlled Environment for Communal and Family Household Backyards’ project, 91% of the beneficiaries were women. This supports the narrative (findings) and experience of our African counterparts (and international community) that men and women are impacted differently by climate change and that women bear the brunt, more so than their male counterparts, when it comes to the impacts of climate change.

One of the small grant projects implemented in the Namaqua District, undertaken by an NGO called SaveAct, also supported the case that women are key to co-crafting climate change mitigation and adaptation approaches and activities with their counterparts. In this specific project, ‘Building resilience to Climate Change by promoting savings’, 86% of the beneficiaries were women. The project aimed to make the case that if a community is financially better resourced and has access to these finances, then it is better able to improve the standard of living to mitigate and or adapt to climate change related impacts. The communities established savings groups and have learnt to consider long-term and green alternatives investments as a means to adapt to climate change while maintaining their households. 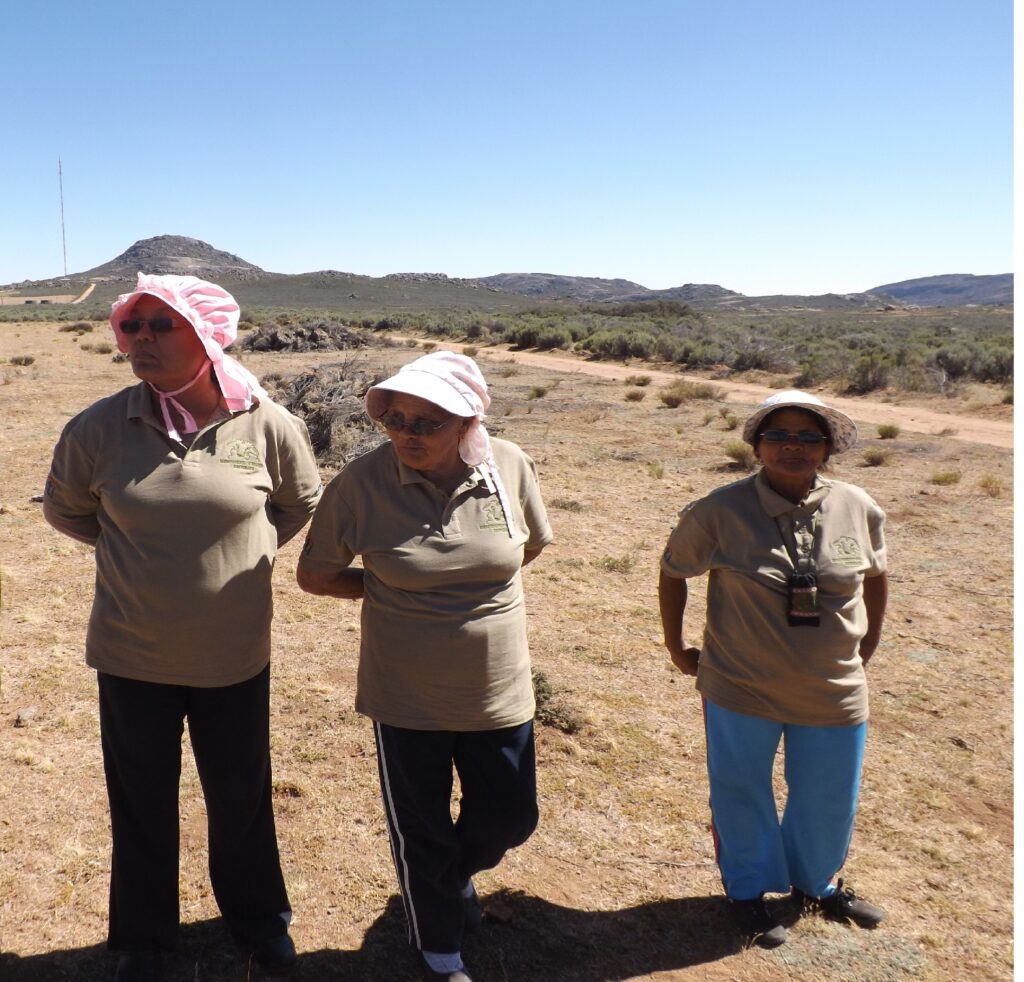 Livestock farmers from the Biodiversity and Red Meat Cooperative in the Namakwa District who have introduced climate resilient livestock in Leliefontein.

South Africa is leading the way through its programmes to integrate women into decision making structures in government however this is not filtering to all levels of society. As the Nina Jeffs observed in her WEF article, there is more that needs to be done. She notes that: “Access to quality education, gender-responsive policy measures, and laws against gender discrimination, will set a pathway to gender parity in climate leadership.”

This article was written as part of a suite of articles published for National Women’s Day. Click here to read another article linked to this programme of work.

For more information on the APR Division’s gender mainstreaming work and how to get involved, please contact m.martin@sanbi.org.za