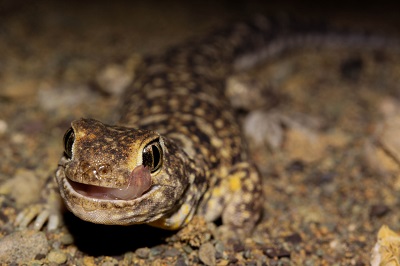 What do we do?

The Leslie Hill Molecular Ecology Laboratory is a research laboratory that focuses on using genetic and ecological approaches to further investigate and catalogue biodiversity in Southern Africa. We work on various taxa, especially reptiles and amphibians, with the goal of understanding the processes that have led to the evolution of biodiversity in Southern Africa. Our research generates phylogenies which are regularly used in collaborative projects with researchers from other institutions. 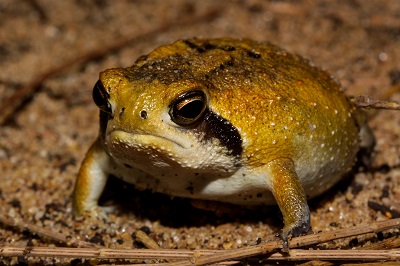 The research we produce does however go beyond DNA analyses, as we combine our genetic results (on population, phylogeographic and phylogenetic levels) with other types of information. For instance, we have several mark-recapture programmes on species at risk in fragmented habitats, and use this information to better interpret genetic patterns. We also combine our genetic data with climate models to make predictions regarding clade/population distributions, and incorporate performance-based data for investigation of adaptive radiations.In short, we use a holistic approach to make predictions regarding patterns of biodiversity and adaptation to the physical environment by combining phylogenetics, phylogeography, performance-based data, species distribution models, and morphology. 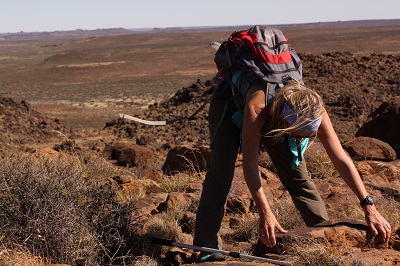 Where we workThe Leslie Hill Molecular Ecology Laboratory is based at the Kirstenbosch Research Centre in Cape Town. The laboratory is named after the late Leslie Hill, who made a generous donation in the year 2000, making the establishment of this facility possible. It is a shared facility, mainly used by the Molecular Ecology and Evolution staff and students, but is also routinely used by staff and students from the Compton Herbarium. The laboratory also houses a tissue bank for African reptiles and amphibians. 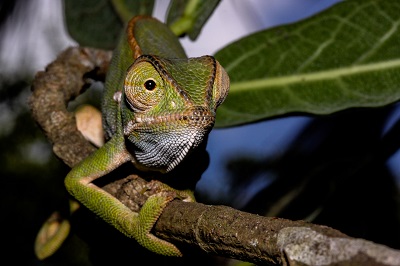 What are we planning?We have a number of active projects. These include reptile speciation patterns and processes, long term genetic and ecological monitoring of the Critically Endangered (IUCN, 2017) Rose’s Mountain Toadlet, Capensibufo rosei, and understanding adaptive radiations in South African reptiles.

Other currently active projects include amphibian and reptile surveys across the Karoo as part of the Karoo BioGaps Project. This collaborative project aims to assemble foundational biodiversity data by integrating current fieldwork data with historical data in order to support decision-making about infrastructure developments in the Karoo basin. The data collected from this project will add significant information to reptile and amphibian distributions as well as adding many useful DNA samples to the laboratories tissue bank.

One of the current major projects being undertaken is the compilation data for assessment of the reptiles and amphibians for the National Biodiversity Assessment (NBA). The NBA assesses the state of South Africa’s biodiversity in order to further understand trends over time and inform policy and decision making across a range of sectors.

There are usually a number of student research projects running concurrently. These range from honours through to doctorate and post doctorate posts. Currently, Jody Taft is finishing his MSc, which is focused on whip snakes (Psammophis) from the western arid regions of South Africa and Namibia. Jody’s work aims to tackle some of the taxonomic problems within the Psammophis namibensis/trinasalis/leightoni species complex using molecular data and species distribution models. Tyron Clark, an MSc student from the University of Witwatersrand, holds a keen fascination in biogeography and is focused on trying to gauge a better understanding of the environmental factors underpinning the distribution of dwarf chameleons in KwaZulu-Natal. Devon Main, an MSc student from the University of Johannesburg, is aiming to untangle the complex taxonomy of the widespread Chamaeleo genus and investigating the possibility of cryptic speciation within the widely distributed and common flap necked chameleon, Chamaeleo dilepis.

Dr. Jiri Smid – Jiri recently completed a two year post doc with the Molecular Ecology Program and is a new collaborator with a focus on gecko’s, vipers and other reptiles.

Hanlie Engelbrecht – Hanlie recently completed her PhD which focused on the biogeography of snakes across south-eastern Africa with respect to the evolution of the savannah biome. Hanlie holds a keen interest in biogeography and evolution through both ecological and molecular techniques and is a new collaborator with the Molecular Ecology program. 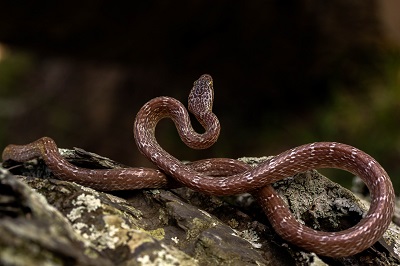