The Project collaborates with partner organisations across 50 countries including South Africa. It has been in partnership with the South African National Biodiversity Institute (SANBI) for the past fifteen years. The new agreement, signed in 2010, between the SANBI and the MSBP  will last up until 2015 with the intention to further renew it until 2020.Through the work of the MSBP in South Africa many rare and common plant species within our unique mega diverse flora have been and will be safeguarded from extinction.

We make a significant contribution to the conservation of SA flora by collecting and banking the seeds from indigenous wild plant species, with a particular focus on species of conservation concern. The seeds, together with herbarium specimens and field data are collected and sent to the MSBP in the United Kingdom and duplicate collections are kept at the National Plant Genetic Resources Centre (NPGRC) in Roodeplaat, near Pretoria. The seed should remain viable and available for use for hundreds of years.

MSBP Phase 1 (2000- 2010)
Focusing on endemic, economically important and endangered species the primary and initial aim of the MSBP was to collect 10% of South African flora by 2010 while simultaneously developing ex situ conservation capacity within the country. 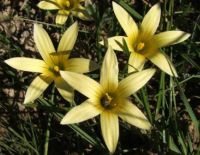 The principal aim now is to collect 2 500 of South Africa’s plant species by 2020 of which about 50% must be of conservation concern and which includes 1000 threatened species (VU, CR, EN, CR PE).

The following broad aims capture both SANBI’s conservation priorities and the MSBP’s vision:

The MSBP in South Africa is managed by the newly established Gardens Conservation Programme (GCP) within SANBI.

Reasons for our project 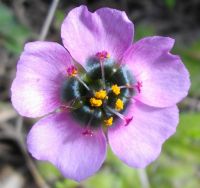 Plant species worldwide are under threat of becoming extinct and South Africa is no exception. Several plant species are under threat as a result of habitat loss, invasive alien plants, over-collection and various other threats. We also have a high number of endemic species.

An integral element of the MSBP was the development of collaborations with partner institutions all around the world. These partnerships have as their basis the precepts of the Convention on Biological Diversity, within which resources and responsibilities are shared equitably. The aims of the MSBP are consistent with, and contribute significantly towards meeting the objectives of the Global Strategy for Plant Conservation (GSPC). SANBI has over the duration of the partnership, made a significant contribution to the achievements of the MSBP and to South Africa’s national targets under the GSPC.

A collection of more than 2 500 South African species, which represents 10% of the country’s flora has been conserved and documented.

Through our collecting activities some plant species have been rediscovered.

Through collaborations with various partner institutions, which include private companies and other conservation organisations, we have indirectly and directly been involved in various conservation activities including: habitat restoration, species rescuing, species re-introductions and land rehabilitation.

The MSBP is empowering the SANBI NBGs conservation activities by paying incentives to the Gardens and training staff who, in turn, contribute seed collections to the MSBP.

Since the inception of the MSBP in South Africa various partnerships have been established with a variety of institutions, organisations and private companies country wide. These include: